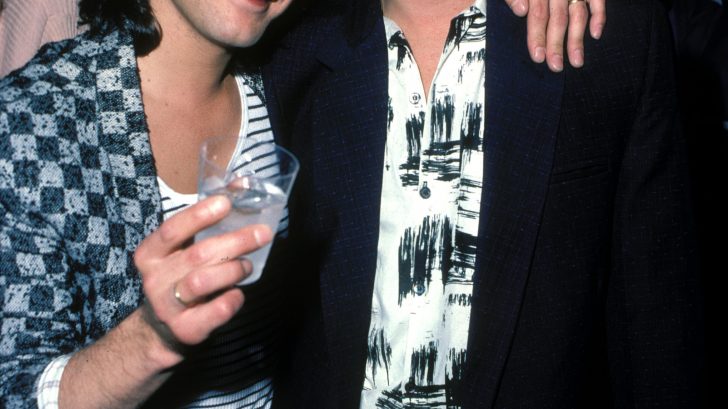 It’s rare to see celebrities go unnoticed in public places and not be bombarded by fans. However, these musicians managed to escaped dealing with such attention that can be pretty encroaching. We look at the Rare Times Rock Legends Go Unnoticed In Public:

There was a time when David Lee Roth could barely leave the house without being confronted by legions of fans and paparazzi. However, times change, and it seems that the new generations are not very aware of the existence of the historic lead singer of Van Halen. This was demonstrated by a viral video in which Roth appears being recorded after hearing that a room in his hotel was playing Van Halen at full volume. It turns out that he was coming from a bachelor party that Roth decided to surprise, but when he knocks on the door and is greeted by the occupants, no one seems to recognize him.

A Tool fan asks Eddie Van Halen to take a photo of him without knowing that he was in front of a rock legend. The moment took place in October of 2019 with his son, Wolfgang Van Halen at the end of the Tool concert in Los Angeles and was recorded by the son of Eddie, who recounted it with a sense of humor, making a photo of the photo.

A guy asked my dad if he could take a picture of him with the stage behind him, having no idea who he just asked, and that was my favorite moment from the @Tool show last night. pic.twitter.com/tA1lywM0yf

Despite having an enormous fortune, Roger Waters still uses public transport. The 75-year-old former Pink Floyd guitarist went practically unnoticed by the rest of the passengers traveling on the New York subway. Wearing reading glasses, Roger spent part of the journey looking at things on his mobile.

This time he is not seen dancing or singing. Nor is it seen in a show. He just appears relaxed enjoying a beer in a bar in North Carolina. The curious thing is that in the photo he is seen surrounded by people who do not realize that the star was there. The rock legend made a stop at the Thirsty Beaver Saloon in Charlotte, North Carolina; while continuing to tour, and neither patrons nor staff recognized him.

Out and about last night in Charlotte, NC pic.twitter.com/BWssvivAII

Back in 2014, the Boss was on a journey on his motorcycle when he made stopped at a bar called the Gator Hole Tavern on Lake Okeechobee in Florida. Apparently, the bartender named Vickie Banks had no idea who the boss was because he introduced himself as Billy, she told TC Palm.

Dave Grohl goes unnoticed at the 2018 Camp Flog Gnaw Festival with his daughter taking place each year at Los Angeles’ Dodger Stadium, and the Foo Fighters frontman managed to get away without being treated like a rockstar by the crowd. One of the musicians, Latanya Lockett, who attended the said festival posted a photo with the Foo Fighters’ frontman writing: “I’m at Camp Flog Gnaw and I see Dave Grohl just casually walking with a few people towards me. I stop and look around for people to start rushing towards him and he just walks up to me and says no one knows me here lol! He’s like I brought my daughter and I’m like so did I!! He hugged me and said he was the oldest person at the whole camp and I’m like yeah but the most legendary!”