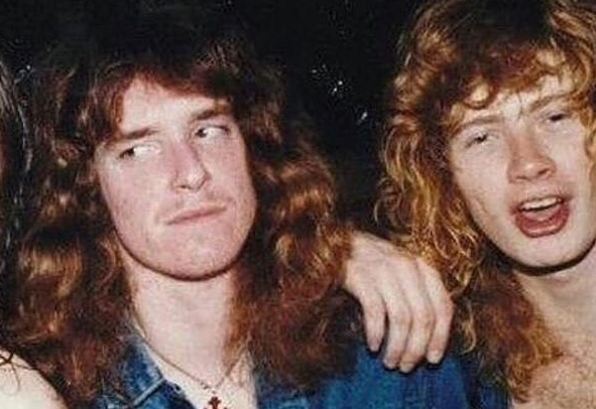 The first to ever play the bass for Metallica was Ron McGovney. He joined the group before they became huge alongside with Dave Mustaine, and both were featured on the ‘No life ’til leather’ demo, but he left the band to be replaced with Cliff Burton before releasing their debut album – and it was all due to a conflict with Dave Mustaine.

Metallica only managed to play some shows with both Burton and Mustaine and this rare live video is available below.

The 12 songs that can be heard on the video were nearly included on their debut album Kill ‘Em All, except for “Hit the Lights.” Though the opening song, “The Mechanix,” was reworked and got included for the closing track on Killing Is My Business… And Business Is Good! debut with Megadeth.

Dave and Cliff playing with Metallica’s live show is undeniably raw, especially Hetfield’s scratchy voice and lack of singing style of what we know today.

One ultimate highlight during that show at The Stone in San Francisco is, without a doubt, the moment where they managed to spotlight their new bass player — Cliff Burton playing “Anesthesia (Pulling Teeth),” though it may not sound complete from the original it was still badass.

Sadly, Dave Mustaine got kicked off because of drugs and alcohol issues while a few years later Cliff Burton died due to a bus accident.