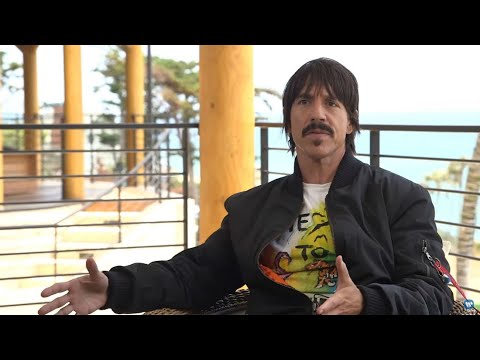 Anthony Kiedis, the co-founder and main vocalist of the Red Hot Chili Peppers, has had a remarkable musical career spanning over four decades. During this time, his band recorded 11 studio albums. Kiedis is best known for his early rapping-based vocal styling, but with his more recent material, he has started to shift to more traditional singing.

After Anthony Kiedis’ parents split up when he was three years old, his mother Margaret “Peggy” Noble raised him. The little Kiedis spent two weeks visiting his father Blackie Dammett in Hollywood each summer, which allowed them to develop their relationship.

In 1974, Kiedis made the decision to permanently relocate to Hollywood and live with his father at the age of 12. His father was an unsuccessful actor who made money by peddling drugs. The ambitious rock singer was first exposed to drugs at the startlingly young age of twelve because of his father’s employment as a drug dealer.

While the two frequently engaged in joint drug usage of marijuana and cocaine, Kiedis also consumed heroin for the first time inadvertently at the age of 14, mistaking it for cocaine, which doesn’t seem any less risky. It was obvious that his father had utterly failed to protect his son from the drugs he was peddling.

This should come as no surprise that Blackie Dammett enlisted his son in his narcotic business. Anthony Kiedis said in his 2005 memoir, ‘Scar Tissue,’ that he smuggled $30,000 for his dad when he was just 12 years old.

The future RHCP frontman traveled to Kenosha, Wisconsin, as part of one of Dammett’s business trips soon after relocating to Los Angeles to live with his father. As usual, his father left Kiedis at home alone to watch movies while he went out and sold drugs for three days.

When it was time to return home, Blackie Dammett thought of a clever way to transport his money securely. The dubious plan involved taping a belt portion containing $30,000 to Kiedis’ midsection until they returned home. The father and son were not discovered until they returned to Los Angeles since no one would suspect a kid.

According to Kiedis’ book:

“My dad told me I’d be carrying the money because if they caught someone who looked like him with all that money, he’d be busted for sure…so we rigged a belt piece, stuffed it with cash, and taped it to my abdomen.”

Numerous parts of their connection were dubious, including supplying drugs to a young child and letting him have intercourse with her when he was just 12 years old. But Anthony Kiedis and his father enjoyed a loving connection that lasted until Blackie Dammett’s dementia caused his death on May 12, 2021, at the age of 81.