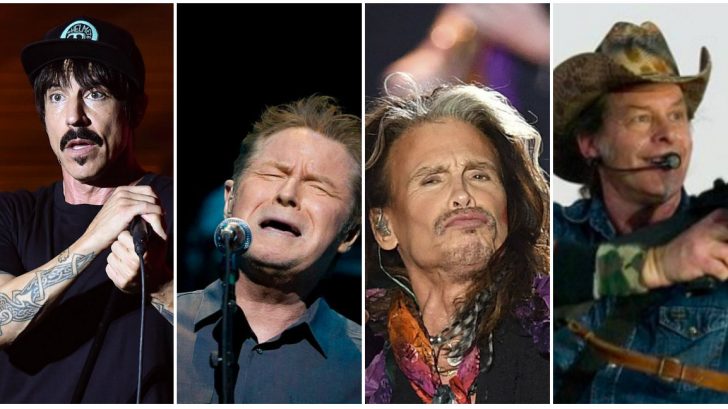 Women’s advocacy group UltraViolet writes an open letter to music streaming giant Spotify imploring the company to remove the music of artists who are accused of sexual misconduct. Specific artists with the likes of Red Hot Chilli Peppers, Don Henley of The Eagles, Steven Tyler of Aerosmith, and Ted Nugent were called out by UltraViolet executive director Shaunna Thomas.

“We implore you to take a deeper look at the artists you promote,” reads UltraViolet’s open letter to Spotify.

This comes after Spotify took action last week by removing the R.Kelly and XXXTentacion from their catalog playlists and algorithmic recommendations as they implement their new hate content policy. Both R. Kelly and XXXTentacion have a long history of sexual misconduct and domestic abuse.

Other artists specifically called out in this open letter include Eminem, Nelly, Chris Brown, and Tekashi 6ix9ine

“Every time a famous individual continues to be glorified despite allegations of abuse, we wrongly perpetuate silence by showing survivors of sexual assault and domestic violence that there will be no consequences for abuse,” Thomas adds.

Spotify has yet to respond to the letter.