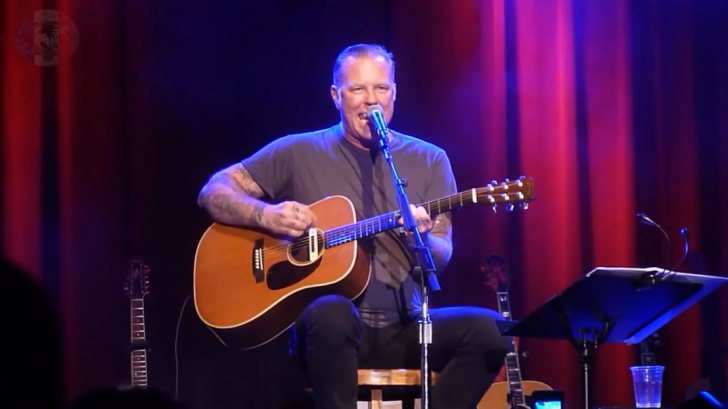 Sammy Hagar and James Hetfield unite for a cause, the 1st-annual “ACOUSTIC-4-A-CURE” — it happened on May 15, 2014, at the Filmore in San Francisco, CA.

The “ACOUSTIC-4-A-CURE” was formed by Sammy Hagar as a benefit concert in support of UCSF Benioff Children’s Hospital.

“I’ve seen first hand the great work they’re doing and how vital community support is,” Hagar said. “I ran the idea of a benefit concert by James (Hetfield) and we quickly had an amazing lineup of artists on board, then Live Nation stepped up with The Fillmore and now we’ve got an epic event – the first of many hopefully – so we can help keep their research and programs funded and on the path to a cure.”

The tracks Hetfield performed during the unplugged concert were Metallica’s hits such as Nothing Else Matters, Until it Sleeps, and the cover of Beatles‘ iconic song, In My Life.

He then performed alongside with Joe Armstrong, Joe Satriani, and Scott Mathews, Turn the Page and Boulevard of Broken Dreams, which is a mashup of Bob Seger and Green Day songs.