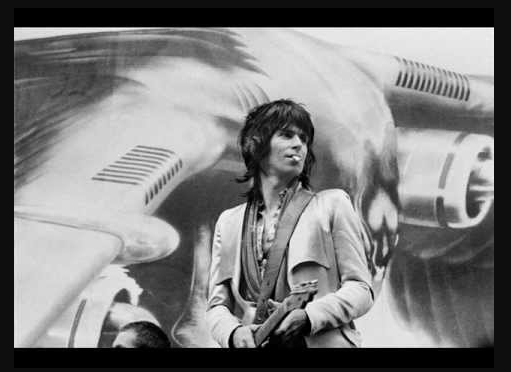 The Rolling Stones pulled off one of their most amusing stunts shows on May 1, 1975.

Before we have email, social media, and digital distribution, most of the recording artists back in the day asked their publicist service a press release. So that they could distribute info regarding news about them, but The Rolling Stones weren’t just your typical recording acts.

The band’s management, instead of doing a press release, they’ve invited the media to New York City’s 5th Avenue Hotel at 9th Street just to announce the Stones’ Made in the Shade tour which was to begin in June 1 in Baton Rouge, LA.

Scott Muni, Program Director and afternoon drive host of New York’s legendary WNEW-FM (“Where Rock Lives”), was one of the attendees on the venue, and they prepared a live remote broadcast:

“Ladies and gentlemen, we’re out on the street now, outside the restaurant on Fifth Avenue. This is the surprise… the Stones are coming up right now on a flatbed truck. They’re gonna make an announcement in front of the hotel. It’s raining heavily… And shortly we’ll have an announcement from the Stones themselves and maybe, if I’m looking at the flatbed truck correctly, we’re gonna have some music too and that’s the surprise. They’re gonna play a number live, right here in the middle of Fifth Avenue.

“We had to do some fast running, if we sound a little out of breath. Here comes the truck now into view. They’re gonna pull up right in front where we are now. There’s Mick Jagger and the Stones… they’re all here. Now you hear the sound; let’s pick it up!”

The Stones then performed “Brown Sugar” and the rest was history.