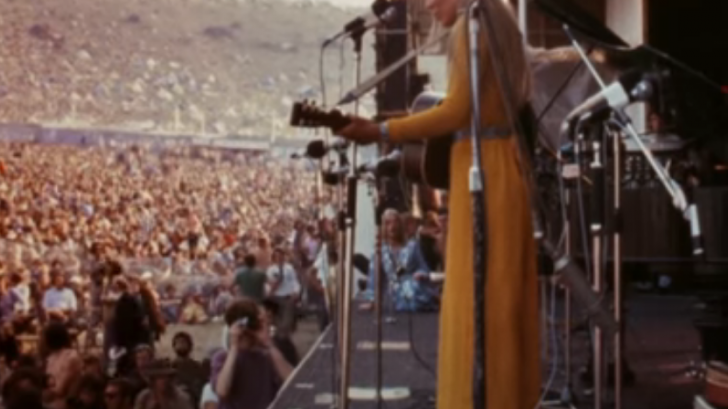 The 1970 Isle of Wight festival ran from 26 to 31 August and was marked by controversy. The more than 600,000 attendees, many of them without tickets, who broke fences to gain access to the venue, protested and continuously interrupted the concerts.

With 600,000 attendees, the 1970 Isle of Wight Festival was at the time one of the largest human gatherings in the world. Artists at the festival included Chicago, The Who, Joni Mitchell, and The Jimi Hendrix Experience. The festival was captured by future Oscar winner Murray Lerner.

Joni Mitchell’s performance was interrupted multiple times, including an invasion of the stage by a hothead who launched political slogans. Mitchell ended up asking the public to respect the performers. On the DVD, the concert is interspersed with statements by Joni Mitchell, interviews with attendees, and behind-the-scenes footage

Setlist “Both Sides Now: Live at the Isle of Wight Festival”: