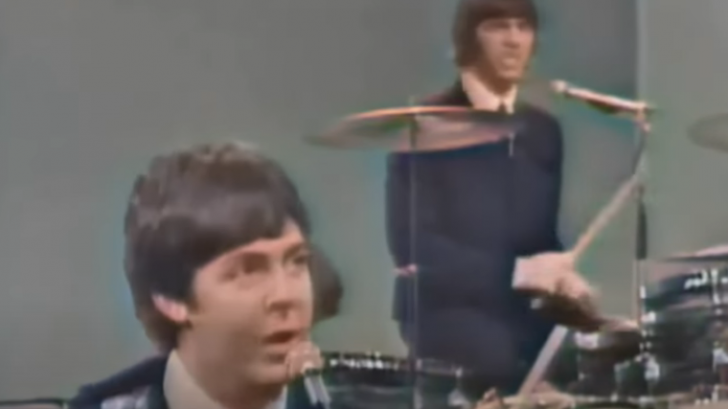 The Beatles astounded US television fans with their first three appearances on The Ed Sullivan Show, which were recorded in February 1964 during their first tour to the US. On this day, they made their fourth and last appearance.

The morning of August 14, 1965, a convoy of limos took them to CBS-Studio TV’s 50. The Beatles continued to tweak the sound balance until they were comfortable, so rehearsals ran from 11 am until 2 pm. A dress rehearsal began at 2:30 pm with a studio audience of 700 people, and the actual program began taping at 8:30 pm.

After Act Naturally, there was a brief intermission before The Beatles returned to play the next three songs with a new stage setup. A protracted introduction in Ticket to Ride featured camera pans to each member of the group. When Paul McCartney performed Yesterday with a string trio that had already been recorded as the accompaniment, John Lennon said, “Thank you Paul, it was just like him.” Lennon, on the other hand, missed some of the Help! lyrics.

Keep gong for the Beatles final appearance on the Ed Sullivan Show in a colorized version below: