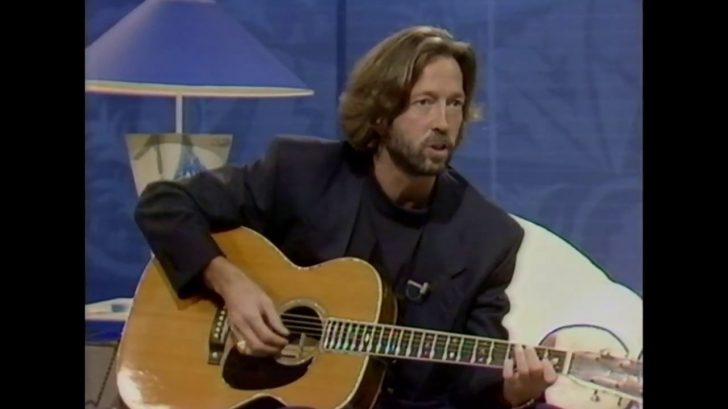 In 1989, the BBC introduced Lawley on her own Saturday night talk show titled “Saturday Matters with Sue Lawley,” which was poorly received by critics and was immediately canceled after the first season. One of the first guests she interviewed were Eric Clapton and Pete Townshend where they performed the Muddy Water’s blues classic “Standing Around Crying” during their appearance in the talk show.

Lawley left the BBC to work ITV, but did little work for them, apart from an occasional series of high-profile interviews, which included British Prime Minister John Major. She returned to BBC1 in 1993 to host the program Strike Back. Lawley was later part of the ITV Presenter Team on their ITV Election 97 coverage.

In the video, you can see the two have that great chemistry – and we really do wish those two recorded more together. The great timing and all. Gladly, they did a few tracks on Rough Mix, but it’s kinda disappointing that they don’t work together more.