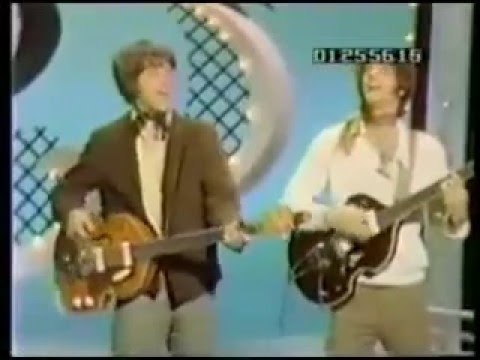 The Grass Roots, a folk-rock group that began their career as a fictional band created by Dunhill Records composers and producers Steve Barri and PF Sloan, who used this pseudonym to record 1966 hit single ” Where Were You When I Needed You ”, sung.

In 1967 the famous producers again tempted another band, The 13Th Floor, to perform under the name The Grass Roots.

Comprised of singer/bassist Rob Grill (born November 30, 1943), lead guitarist Creed Bratton, keyboardist/guitar/vocalist Warren Entner, and drummer Rick Coonce, The 13Th Floor changed their nickname without hesitation before recording the song “Let’s Live For Today” (B-side “Depressed Feeling”), a song that soared them on the American charts, reaching number 8 on the Billboard.
The single was a cover of a song by the British group The Rokes, based in Italy.

The LP “Let’s Live For Today” (1967) includes songs composed by Sloan/Barri, but also pieces written by the members of the group, mainly by Bratton and Entner.

Watch them perform “Let’s Live For Today” below: