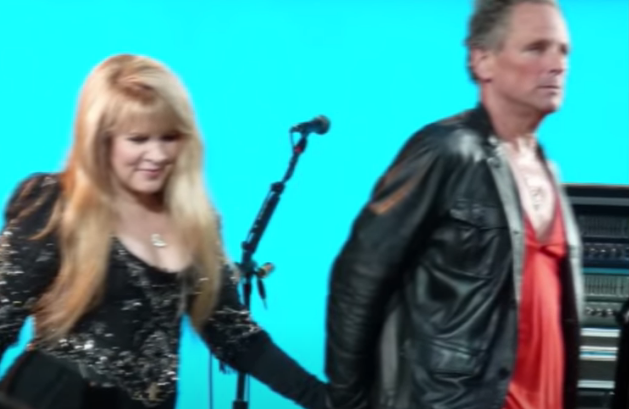 Rock it’s not always about sex, drugs, and rock and roll. It also had its romantic moments. Relive Relive The Rock Legends Who Dated Through Out The Years in the list below:

Although the musician married American actress and model Julianne Phillips, he soon realized that his true soul mate was within his own band. The rocker makes reference to nothing more and nothing less than Patti Scialfa, the artist who in 1984 joined as a backup singer of his mythical E Street Band and who on June 8, 1991, became his second wife.

The famous members of Fleetwood Mac lived together for just five years, but their encounters, disagreements, grudges, and regrets have marked the history of pop music since 1970.

Christa Pafgen, the german singer known as Nico contributed on one of the albums of Velvet Underground was rumored to have an affair with Lou Reed.

Chris Frantz and Tina Weymouth were a couple during their Talking Head days, and their relationship ended up in marriage. He, playing drums, and she, on electric bass.

The Delaney & Bonnie Bramlett marriage created distinctive music, but their blend of blue-eyed soul, blues, country and gospel was sidelined despite the contribution of such famous and iconic friends as Eric Clapton, Duane Allman, and George Harrison.

The BBC chain classified them as one of the greatest romances of the 20th century. An unconditional love that every fan of the former member of The Beatles should know.

Nicks’ song “Dreams”, inspired by the group’s dissolving relationships, was the band’s first No. 1 single. During this time, Nicks had a brief affair with band member Mick Fleetwood and began a top-down relationship with Eagles drummer Don Henley.

They have been a couple since 1976, they never married and separated in 1989, but they are still friends and have declared that they understand each other better than ever.

In 1969, Kantner and Grace Slick began living together publicly as a couple. Rolling Stone magazine called him “The Psychedelic John and Yoko.” Slick became pregnant, and a song about the impending birth of her child, “A Child Is Coming”, appeared on hits Blows Against the Empire. Kantner and Slick daughter of China Slick Kantner was born in 1971.

Pegi Young is the wife of Neil Young. Always a collaborator of her husband (for example in the annual concert with guests “Bridge benefit) and often his chorister in concerts, she made her debut as a soloist only in 2007 with the eponymous album. Neil Young participates in the album in several songs, with whom Pegi goes on tour between 2007 and 2008, opening the evenings by herself.

During the 1970s, Cher was married to Gregg Allman, the troubled long-haired singer of the Allman Brothers band. During their brief union, the couple released a huge album and had a son, Elijah Blue, who later had problems of his own with his famous parents.

When the White Stripes entered the music scene, they not only attracted attention for their garage music or for their attractive and characteristic trichrome; what the public really wanted to know was what relationship their two members had. Were they brothers? Or were they a couple? The two were married from around 1996 to 2000 and eventually broke up.

The two had been married for two years before joining Fleetwood Mac in 1970. The marriage only lasted for 7 years but it didn’t stop them from playing together.

The two began their relationship when Plant started working with Patty in 2010 as part of Band of Joy where he appeared on the band’s self-titled live record, and again on Griffin’s solo project American Kid in 2013. The two got separated in 2014.

Yoko Ono and John Lennon met in 1966 when she was in a relationship and he was still legally married to Cynthia Powell, with whom he had his first child, Julian Lennon, whom they hid so as not to damage the artist’s image. Yoko Ono was born on February 18, 1933, in Tokyo.