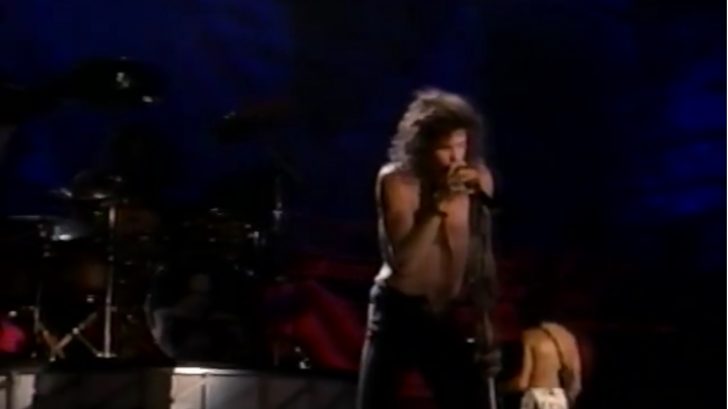 You Ain’t A True Classic Rock Fan If You Don’t Like Aerosmith!

Woodstock ’94 was second to the best concert ever, not only that history recreated itself, but it was also enhanced.
Aerosmith were the last act on the second day of the festival they played a set during a rainfall. Many people who participated in the festival were blown away by the intensity that Steven Tyler’s brings on the stage. Aerosmith stage antics and the awesome tunes are like a reminder that Aerosmith even on their later stuff can still kickass!

Despite having the thunderstorm during their set. Aerosmith at Woodstock ’94 were a friggin REAL DEAL, not some bullshit that record companies sell us nowadays. They’ve just done something so remarkable that not only was their performance was outstanding, they’ve actually recreated the Woodstock ’69 for that generation to experience it. Yeah, it’s pretty hard to compare it to 1969, but it seems people have enjoyed it also.

Aerosmith were one of the powerhouse legends of rock that made us fall in love with rock music even more. We all grew up listening to the late 60’s thru 80’s classic. And we just wished that this kind of band could possibly exist in today’s music crap generation. Real talents and real musicians. Nothing synthesized. Today we have Lil Wayne, Justin Bieber, and Kanye West. It’s kind of a shame that today’s generation of kids does not get to experience great music with real instruments and great singer like Steven Tyler.

Seeing the Aerosmith performing their masterpieces in Woodstock ’94 makes us wish that they were immortal.

Here is the playlist of Aerosmith At Woodstock ’94 and relive everything.