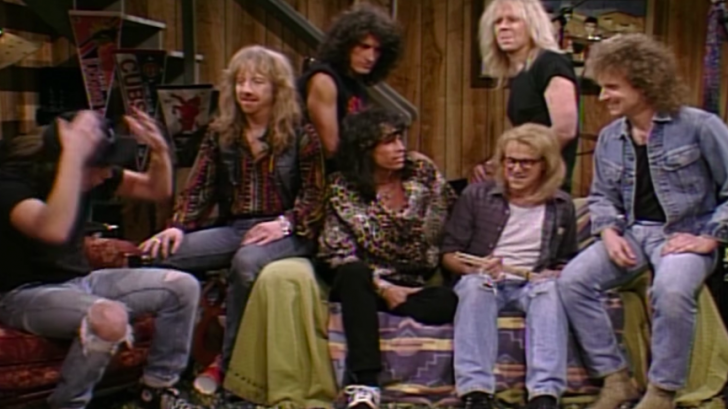 Remembering when Steven Tyler and Tom Hanks made television history

Wayne’s World was one of Saturday Night Live’s most popular segment. It stars Wayne (Mike Myers) and Garth (Dana Carvey) and other guest stars that come down to their basement and does entertaining comedy sketches. In 1990, Tom Hanks guest-starred as Garth’s cousin who was a roadie to Aerosmith. During this time, Hanks was still yet to win back-to-back Oscars.

In this sketch, all of Aerosmith’s members were hanging out in Wayne’s breakfast nook before coming down to the basement to perform their own rendition of the Wayne’s World theme song.

With the combined star power of SNL veterans, an Oscar-winning actor, and a legendary rock band, it’s not difficult to render this episode historical.

This sketch is an all-time classic.