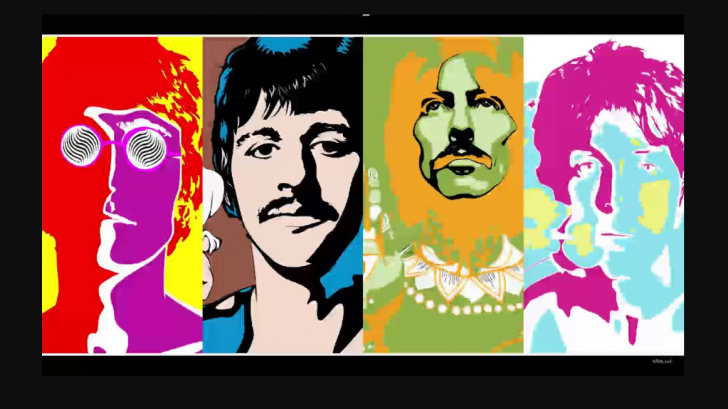 The Beatles had made lots of music playing many different styles during their career. Some people remember them for their early music such as “She Loves You”, “I Want To Hold Your Hand”, and “Can’t Buy Me, Love.” While others remember them for their ballads such as “Hey Jude” and “Let It Be” or songs like “Yesterday” and “Here, There, and Everywhere.” But real fans enjoy and remember the Beatles psychedelic music. We look back at the 5 Psychedelic Songs From The Beatles:

The final track from their 1966 album, Revolver was something you wouldn’t expect from them. When they wrote and recorded this music, they were heavily influenced by LSD and delved into eastern philosophies and it really shows in the music.

The song that has this unexplainable atmosphere, it’s like very dreamy and the guitar solo plus the outro are played backward. “When I’m in the middle of a dream, stay in bed, float upstream.” A wonderful song with beautiful harmonies.

One of the Beatles’ greatest singles of all time. It’s lovely, haunting, and simple — the verses lead to a great atmosphere — “I’d love to turn…. You… on…” It makes you wonder about your own sanity.

4. Within You Without You

The Beatles showcased their Indian music influence in this song — they did not play but wrote the music for real Indian musicians to play. And the lyrics? They are so freaking psychedelic but the favorite is the instrumental interlude.

Well, the title speaks for itself. This track was never released until the Anthology series. It’s an undoubtedly amazing track and very very enjoyable just by the sound experience.