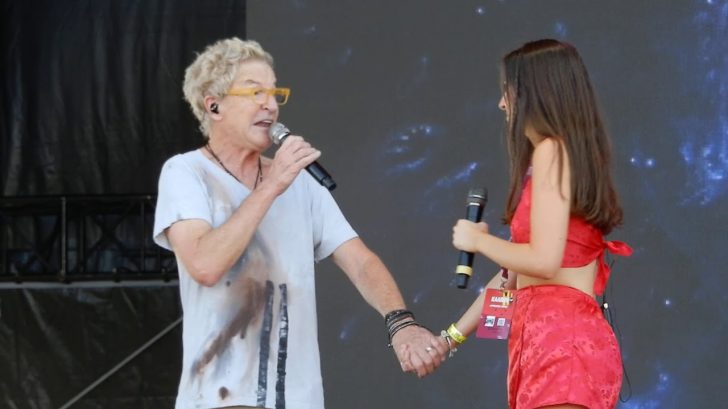 Some of the best events to get together to eat, listen to music and have fun throughout the day take place in many places; from large cities and wide landscapes to neighborhoods and small towns. But one of the most electrifying was the Kaaboo Festival – with the performance of REO Speedwagon’s Kevin Cronin along with her daughter Holly on September 13. 2019.

This was all before the pandemic hit the world the following year. It’s a very personal performance and you’re gonna be happy to see that Kevin took the band and carried it – the crowd was also appreciative.

The father and daughter performed the song “Can’t Fight This Feeling” – a famous romantic ballad by the band REO Speedwagon. This song appears on the album Wheels are Turnin ‘released in 1984 and was number one in the US charts and reached sixth place in the UK rankings. It was written by Kevin Cronin.

The video below is an incredible rendition of the song and just heartwarming to see. Keep going for the video below: