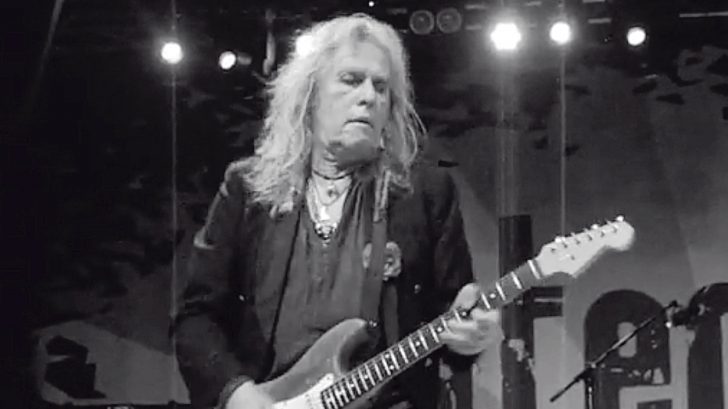 It is with heavy hearts that we report to you that Bernie Tormé, former guitarist for Ozzy Osbourne, Gillan, and Desperado among many other bands, has passed away at the age of 66. Bernie was recently hospitalized as a result of double pneumonia. As such, he had to be put on a ventilator.

As of right now, we do not know if this is the official cause of death. We should all respect the privacy of Bernie’s friends and family. The news was broken on his Facebook page…

Born in Dublin, Ireland, Bernard Tormey was being paid to play guitar since he was 17-years-old. He was influenced by such guitar legends as Jeff Beck, Jimi Hendrix, and Gary Moore among many others. Bernie was first noticed by Deep Purple’s Ian Gillan and helped him form his solo band Gillan. Once he left Gillan in 1981and was immediately approached by Jet Records to replace Randy Rhoads as Ozzy Osbourne’s guitarist.

Bernie also worked with Dee Snider of Twisted Sister to form the band Desperado which also saw great commercial success. By continuing to play with different bands and artists, Bernie remained of the most iconic and influential guitarists in all of rock & roll.

I am absolutely numb. Got the news this morning that Bernie Torme has died. It's been a thrill playing drums for him for…

Woke up to find out my friend @Bernie_Torme has died. He was a guitar god who played with @OzzyOsbourne & Ian Gillan. We worked together for 3 years, writing over 100 songs for the ill-fated Desperado. I loved that man & today my heart is broken. RIP Bernie. Your guitar weeps.

I’m proud that I got to call you a friend. pic.twitter.com/jSLh9xCMQj

There’s no way to deny that Bernie was, is, and always will be a pillar to the rock & roll community. His tenure with several legendary bands and artists have established him as one of the absolute best.

He will always be loved and remembered by those who loved hard rock and heavy metal. RIP, Bernie Tormé. We will miss you.