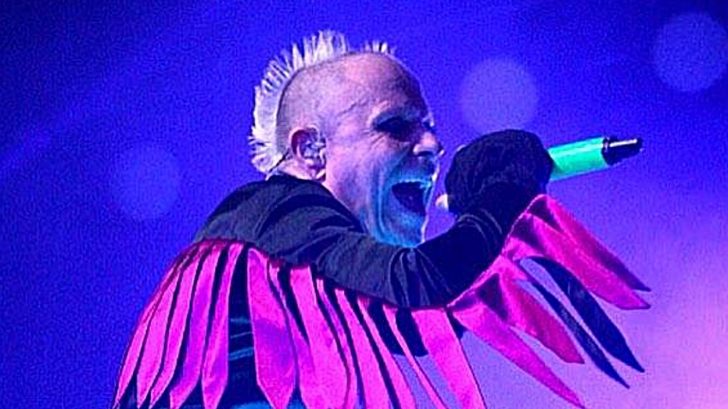 The English singer, musician, and dancer was a larger than life legend. Keith Flint’s lead in the band, The Prodigy, shot the group to fame with the 1996 #1 singles, “Firestarter” and “Breathe.” His passion overflowed into his own band, Flint, and the ownership of his own race team, Team Traction Control- winning the Isle of Man TT races in 2015.

Flint was born in  London, England in 1969. His start in music began in the 1980s when he met The Prodigy’s DJ, Liam Howlett, at a rave club. Initially, Flint was the band’s dancer. The high-energy force of nature stood out in the rave scene with his punk-appearance. In 1996, the band decided Flint should sing vocals on “Firestarter.” The band was a success in the UK. As far as the US- Flint helped bring Electronic music into America’s mainstream.

Keith Flint was an avid and dedicated motorcyclist. In 2007 he rode a lone trip of 1,500 miles from England to Spain to attend the Spanish Motorcycle Grand Prix, in addition to racing in many competitions. Flint came to own his own motorcycle team, Team Traction Control. His passion and zest for life was front and center.

Police were called to Flint’s home on the morning of March 4, 2019. There had been previous concerns for the British rockers welfare in Essex. The police did not define his death as suspicious and his bandmate, Liam Howlett, has released a statement.

Keith Flint’s contemporaries remember him on the date of his death:

‘The news is true, I can’t believe I’m saying this but our brother Keith took his own life over the weekend.”

The Essex Police released a statement:

‘We attend and, sadly, a 49 year old man was pronounced dead at the scene. His next of kin have been informed. The death is not being treated as suspicious and a file will be prepared for the coroner.’

The Service Information board in the London Underground metro station was changed in remembrance of the pioneer:

His electronic mates, The Chemical Brothers, also shared their statement via Twitter:

Our hearts go out to Keith Flint’s family and friends. The music world will miss his spirit dearly.

Please contact your local crisis center (web or phone) if you feel that you or someone you know may benefit from support during a difficult time.