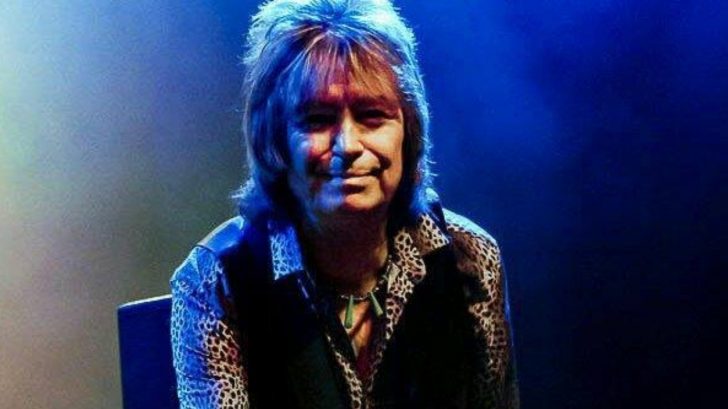 It is with heavy hearts that we have just learned that Paul Raymond, longtime guitarist and keyboardist for UFO, passed away this past Saturday as a result of a heart attack. The news was broken by his life partner Sandra who made the post on Facebook.

Sandra details that “The doctors were trying to reanimate him and with success at first but then his system shot down again and there was nothing more they could do for him, he died of a heart attack.”

Hi to all the fans and people who knew Paul! This is Sandra, Paul's life partner speaking: With a desperate and broken…

Shortly after, the band made their own statement upon sharing Sandra’s post…

Starting originally as a jazz musician, Paul actually got his start playing with Plastic Penny and even replacing Christine McVie in British blues band Chicken Shack. In 1976 he was recruited to replace Danny Peyronel in UFO. He has played off and on with the band ever since.

He is regarded as one of the most versatile and prolific musicians in the entire rock & roll scene. Hardly a single band/artist has gone without paying tribute to this amazing man and musician…

“Literally, as my tribute to UFO show on Planet Rock was being broadcast, the news broke that Paul Raymond, their…

Judas Priest send their love to Paul Raymond, his family and fans. We played many shows with UFO and remember Paul as a brilliant musician and friend – may he rest in peace….

"I am very sad to hear of the passing of Paul Raymond of UFO. We were friends and he was an extremely talented musician and a real good guy. RIP" …….. Brian Wheat

Condolences to the UFO family and Paul Raymond’s family and friends:( R.I.P. Paul???

Paul Raymond was the #mvp of #ufo and I am thankful for his music over the past 30 plus years.… https://t.co/UW37ee1Hfk

#Rip Paul Raymond Of @UFO_rockband One Of my all time favorite bands , I had a UFO club in High school and they were my band.
Rock In Peace Paul !!! pic.twitter.com/dmOVrpuzuz

So sad to hear of the passing of UFO keyboardist/guitarist/writer Paul Raymond. We only met once when Megadeth played a festival together in summer 2017 and he was such a kind and… https://t.co/pki9hnj2eU

We are so sorry to hear about the passing of Paul Raymond. Our thoughts are with his family and those close to him. RIP Paul https://t.co/2t7ulQkAVb

It simply goes without saying that this man was without a doubt one of the most iconic and influential musicians in all of rock & roll. He has a style that was often imitated, yet never duplicated. He was one of the absolute best pure and simple.

To say that he was a pillar to the world of rock & roll is an understatement. Needless to say he was, is, and always will be a legend. RIP Paul Raymond, you will be missed…