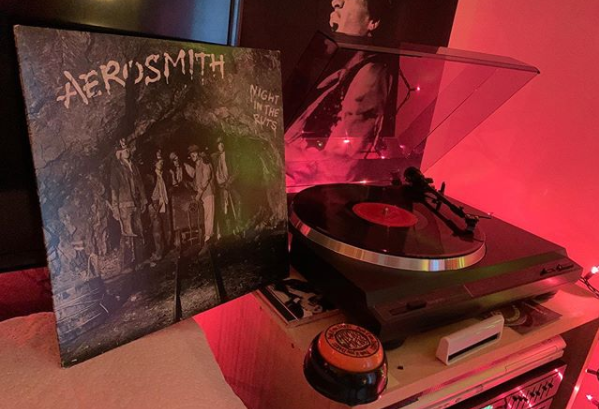 When we hear that our favorite band will release a new album after some time, we get like children on Christmas Eve. We simply expect the best of that group that with their classic songs amazed our ears. However, many times the fall is usually more painful when your expectations are higher.

The last Black Sabbath album with Ozzy Osbourne at the helm until his return in 2013 was not by far the best that the British could show us. In this way, “the prince of darkness” went through the back door, allowing the group to resurrect a few years later with other vocalists who returned to Sabbath the mysticism that was lost as the years passed, and that disappeared in this questioned album, whose tracks remain under the rug to this day.

Yes – Tales of the Topographic Ocean

With Close To The Edge, Yes won the progressive rock of the 70s. It was not just because of their musical prowess or their shiny superhero capes, but because they made one of the best albums of the decade with three terrific songs through the two. sides of a disk. For their next act, the band wanted to outdo themselves and make four songs on four sides with much more tedious results. Even the members of the band have said they are confused on the subject and say they regret recording it.

Aerosmith – Night in the Ruts

In 1979, after a decade of greatness and excess, some of the members of the quintet barely spoke to each other, alcohol and drugs had taken the group to the extreme, wear and tear since the glory days of “Toys in the Attic” and “Rocks. They had them on the brink of separation, and Joe Perry, a fundamental pillar in the sound and concept of the band, was mentally and emotionally absent, focused on taking off alone. His guitar parts on the album had to be completed by additional musicians, among whom was Jimmy Crespo, who would end up replacing him officially for the next, “Rock in a Hard Place.”

Following the successful release of Brothers and Sisters, the band would go on tour and then Gregg Allman would release his solo album along with guitarist Dickey Betts. This would generate some speculation about the future of the group, until finally the fifth studio album of the Allman Brothers, Win, Lose or Draw, would appear, a work so agonizingly generic and empty that it would bring numerous negative reviews.

Eric Clapton – There’s One in Every Crowd

This is an initiation album, by a musician (Clapton) who needed to define himself within the language he knew best, the blues. And we already know that, after this album, his concerns would lead him to leave and join Jack Bruce and Ginger Baker to form the super-group Cream, one of the essential groups to understand the music of the sixties and its subsequent evolution.

Deep Purple – Who Do We Think We Are

At the time of releasing “Who Do We Think We Are?”, Deep Purple were at the top. “Made in Japan” had been a milestone, a reference, a lesson for the rest of groups of any style on how to perform live.

An album that is hard to recognize who they are. But if it’s Deep Purple… What happened to these guys? We do not know. Purple was at its peak with Machine Head which they also demonstrated on the live album Made in Japan, but in some inexplicable way, they produced this unpresentable album.

Of the various aspects that have characterized ELP during their career, the love affairs of Greg Lake in Nassau and Peter Sinfield in Ibiza are perhaps the most comical and repulsive. One can hear the Tarkus with his mind on Keith Emerson sped up sweeping away, but the ever-present image of Greg Lake wanting to make love to you on Love Beach is a tough slab to bear. Here’s what happens, that this is an album with a series of songs that deals with sweating all night on a dune, or in a hotel room in the middle of August, with the remains of dessert on the fly, while during the day you prepare some very cutrísimos subjects in an apathetic way.

It is known that Love Beach was recorded by demands of the record company and not at the initiative of ELP; If it were for them, they would have taken a break and starred in the scenes narrated by Peter Sinfield’s texts but without putting them on vinyl.

Led Zeppelin – In Through the Out Door

The band had numerous problems finishing this LP, including the death of a son of Robert Plant * and the addiction of Jimmy Page and John Bonham to various drugs, which caused the main songwriter of this album to be bassist John Paul. Jones, being the author of six of the seven compositions.

However, the LP has high quality songs, such as In the Evening, Fool In the Rain, Carouselambra, All My Love and I’m Gonna Crawl. With respect to previous works, the increasing use of keyboards and even fusions with oriental and tropical rhythms is appreciated, such is the case of In the Evening and Fool In the Rain, respectively. Robert Plant’s voice sounds perfectly matched throughout the album, demonstrating the musical maturity reached in those years by this great vocalist.

One of the least valued works of the late John Lennon, who here also took on production duties. This album does not lack virtues to appreciate it as one of the most successful works of the native of Liverpool alone.

Without Lou Reed, hopes were dead, but Doug Yule was not going to give up, he had actually participated in fifty percent of the band’s discography. What did it matter that he had been a mere replacement for John Cale? From his logic he had the same right as the rest to appropriate the name and to make his version of Velvet Underground. The terrible thing is that Squeeze is a good album, even considering it as one of Velvet Underground and not as a solo robbery of the desperate Doug Yule who took good advantage of his years in the band to know how to scam them and record an album that mimics very well. the cutest cliches of the above.