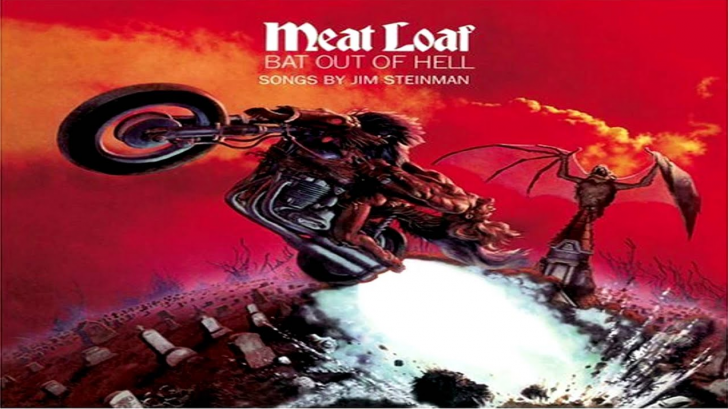 If You Haven’t Heard This Album Then You’re Missing Out.

Majority of the people who have made fun out of his physical appearance have surely missed out one of the greatest rock opera artists of all-time, especially his album “Bat Out of Hell.”

The album was one of the best selling albums of all time during the time of its release – having sold nearly 35 million copies. If you listen to it, you’ll understand why, objectively, of course. A Rock Album mixed with great basslines, pounding drum beats, never-been heard guitar solos and the powerhouse vocal talent of Meat Loaf.

Let’s go on with the review of the five best songs from the album:

One of the best opening track from an album – it tells an awesome story and even the guitar solos were indeed incredible. Though the lyrics sounded cheesy, he still made it great with his powerful vocal and emotion, you won’t even recognize those cheesy lines. It’s nothing but a musically complex song with Todd Rundgren, pioneering the technique of using a whammy bar to sound like a motorbike.

Another great song, one of the first three ballads on the album. Roy Bittan’s showcasing his awesome skills on the piano, sounding beautifully calm, but the highlight of this song, of course, is the intense vocals of Meat Loaf. Indeed a 5 out 5 track on the album.

3. Paradise By The Dashboard Light

Three parts made this song great – the three different sections. It tells a story one about a “Paradise,” second, the funky interlude, and lastly the section “Praying For The End Of Time” where you can hear the rock climax of the song.

4. For Crying Out Loud

The last ballad and last track from the album. Whatever you’re mood into, this will definitely get you soft and romantic. Meat’s vocals and the piano parts intertwine with each other bringing the song from a bitter start to headbanging ending as the guitar joins in with squeals and screech awesome sounding.

Another ballad out of the three ballads from the album – it’s a good song, with several awesome sections too that are worth listening – there’s nothing much to it, but Meat’s voice is indeed on another level from this song.