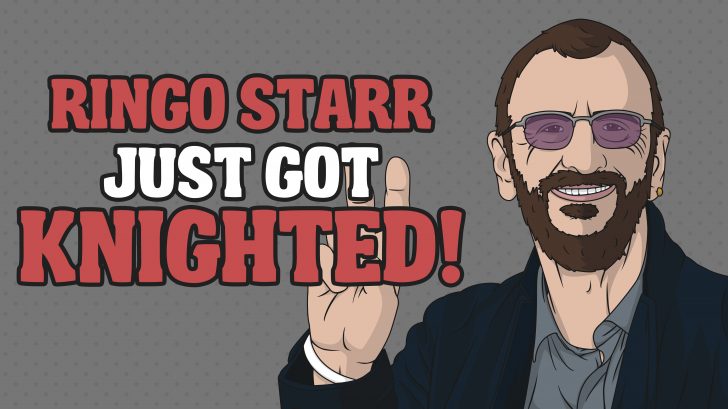 Hello, I’m Ringo Starr, And I Just Got Knighted!

“I expect you to use my title.” – Sir Ringo Starr

The 77-year-old has been awarded a knighthood for services to music and charity work, and it seems to be the first time that Ringo has ever been to Buckingham Palace since the Beatles received the MBEs award back in 1965.

Back in 1988, he was inducted into the Rock and Roll Hall of Fame as the Beatles drummer, and again back in 2015 for his solo career.

His pal, Paul McCartney was also knighted in 1997 and was the first music icon to be awarded such a prestigious honor for services to British music, years before Cliff Richard, Mick Jagger, Elton John and the rest.

Opinion: It seems like the knighthood for Ringo Starr was long overdue, what do you think?

Watch the video below as the Beatles legend receives his knighthood by Prince William.