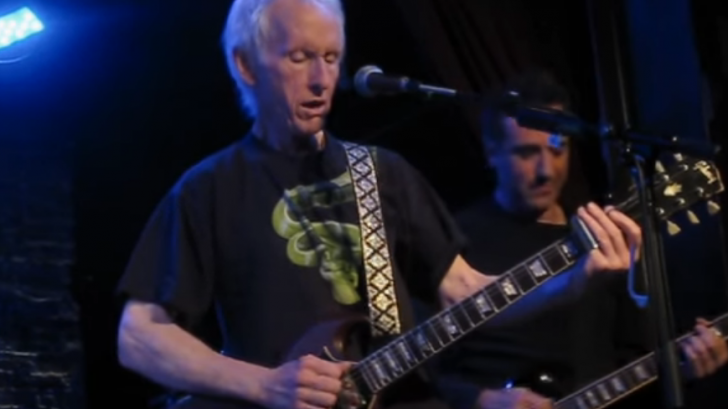 Symptoms of the life-threatening STD can include loss of mental faculties, and it has long been linked to the lives of artists in the 18th and 19th centuries. But the development of modern antibiotics means that they are no longer typically lethal.

“I think Jim believed that life could be boring and that a lot of people were just going through the motions, so he would try to freak them out,” Krieger reveals the Guardian. “He would do anything to add to the craziness. Most people would be scared if they contracted a potentially lethal STD, but Jim was excited to feel close to all those disease-ridden 19th century poets and painters he idealized.

“He wanted to let it go untreated,” Krieger added, “so he could experience what it was really like to go insane.”

Morrison’s increasingly erratic behavior included grabbing the wheel of a car and swerving into traffic while he claimed he was God wanting to expel Krieger from the universe, the guitarist revealed in his recent memoir, Set the Night on Fire: Living, Dying and Playing Guitar with the Doors. He also claimed that Morrison suffered fromOedipus complex, evidently.

“I think Jim had some real mental issues – manic depression, or whatever,” Krieger said. “Whenever the press would ask about his family, he would say that they were dead. His mom was weird, she was very bossy but he was fixated on her.”

Krieger then added that the tales told about the leader of the Doors were lies, hinting that some of it were told by the late keyboardist Ray Manzarek, he believed that Morrison’s personality was amply striking.

“When people saw us play, they knew that this wasn’t just a show,” Krieger said. “To me, what happened to the Doors was pretty damn cool just the way it was. This wasn’t a story that needed to be hyped.”