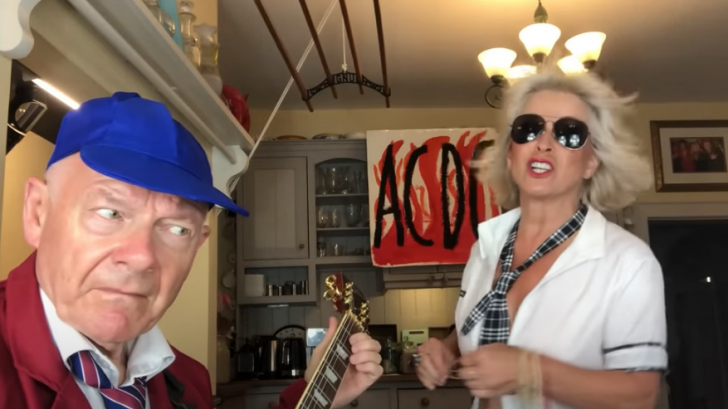 Toyah and King Crimson’s Robert Fripp have been performing huge riff rock songs on the Sunday Lunch YouTube series for months, but they’ve never arrived to AC/DC’s “Back in Black” up to this point. Toyah is dressed as a schoolgirl a la Britney Spears and Robert is dressed as a schoolboy a la Angus Young, while she blasts elastic bands at the camera. Watch the video below.

In 2023, these couple will go on the Sunday Lunch Tour, but first, Robert will embark on a speaking tour in North America.

On Twitter, the couple launched the Toyah and Robert’s Sunday Lunch Tour 2023, intending to unveil location and tickets information shortly. The couple’s monthly Sunday Lunch cover performances has become a tradition, with both performing iconic favorites such as Neil Young’s Rockin’ in the Free World, the Black Keys’ Lonely Boy, the Smashing Pumpkins’ Bullet with Butterfly Wings, and Billy Idol’s White Wedding.

Fripp and Toyah have also revealed the availability of an official T-shirt (along with other merchandise) from the Toyah and Robert web store.