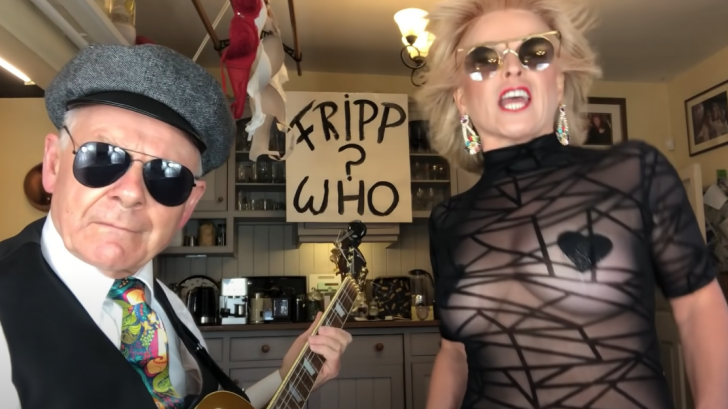 Toyah Willcox and her husband, King Crimson founder Robert Fripp, have released a rendition of The Who’s “Won’t Get Fooled Again”

The video is the latest installment in their long-running ‘Sunday Lunch’ project, which was begun in 2020 due to Fripp missing musical concert due to lockdown.

In previous weeks, they’ve performed Smashing Pumpkins’ ‘Bullet With Butterfly Wings,’ Red Hot Chili Peppers’ ‘Can’t Stop,’ and Kaiser Chiefs’ ‘I Predict A Riot.’ In the recent week’s video  had the duo playing Michael Jackson’s ‘Give In To Me,’ with Fripp disguised as Slash from Guns N’ Roses.

This week (April 24), the duo tackled The Who’s ‘Won’t Get Fooled Again,’ along with wind machine and extended version compilation.

“This week is a belter and we at team Toyah And Robert have slipped in some classic bloopers that were too good to leave out,” reads the caption.