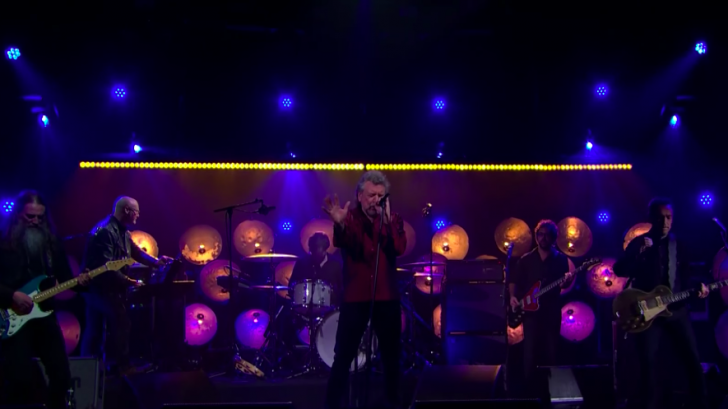 Don’t Mess With a Taiwanese Elvis!

You would think the legendary Led Zeppelin frontman would win everything in life. Especially a karaoke challenge. Or anything that would involve music as he is one of the most iconic singers in rock history. Well, 22 years ago, in Beijing, China, the great Mr. Robert Plant himself admits to losing one karaoke challenge to an Elvis impersonator from Taiwan.

Appearing on the The Late Late Show with James Corden, Plant tells the story of his memorable karaoke night. He shares,

“I wanted to sing [Karaoke] and I’d had too much to drink, so the options were ABBA … no … and Elvis, that was on the thing and I put my name down, and a bloke from Taiwan also put his name down for Elvis, so we were competing.”

“It was all Chinese folk in there and even though Taiwan is a taboo place for Communist Chinese people to even think about, I was neck and neck with this guy and even the Chinese guys were going for this Taiwanese guy. But I was really, really good … But in Beijing 22 years ago, I was beaten by a Taiwanese Elvis impersonator.”

Plant appeared on the show to promote his latest solo album, Carry Fire. He also performed the song “New World” live, to much high praise. His performance just goes to show how far he’s come since his karaoke defeat in China two decades ago.

Watch him recount his “upsetting” karaoke experience in the video below: