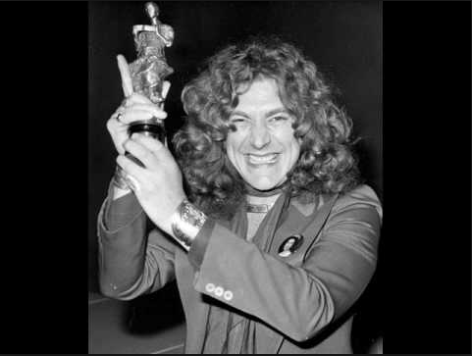 Robert Plant recently spoke with Vulture on Led Zeppelin’s catalog and his time spent with the group.

Plant said that most of Led Zeppelin’s songs had changed for him when asked to identify a song whose meaning had altered. He then mentioned a handful.

“I think in all my times and all the changes that I’ve created and that we all create — the thought and the written words — everything rests in a particular moment. Then we move along and we leave that moment of enlightenment or madness or whatever behind,” he said.

Plant went on to say:

“So for me, it makes no sense to consider a distance and the meanderings of such a long time ago. I mean, does ‘Black Dog’ work anymore for me? It did in 1971. Does it represent me now? It doesn’t represent me now, but maybe it still does in a way.”

Plant told Vulture that while “Black Dog” reflects the era it is meant to portray, he doesn’t believe its meaning has altered over time.

“It seemed to fit in with the blues at the time. But if I look back at it now, do I really think its meaning has changed? No, because it was written in the spirit of the time. It happened and then you move on. Look, it’s 50 years later.”

The track “Black Dog” was made available by Led Zeppelin on their unnamed fourth studio album. The album was purposely left nameless when the band released it in 1971, however it is frequently referred to as Led Zeppelin IV in popular culture.

Plant made the point to Vulture that he evolves throughout time, even if he does not believe that songs alter in meaning.

“I also loved the lyrics and the shuffle of what was going on with early Buffalo Springfield. The thought process was far more coherent and challenging coming out of America at the time. So I suppose I was kind of stuck in this antiquarian approach, of sticking a lyric to a riff. Was it cute? Yeah, it was cute. But did it make any sense? I was 19 when I went to the first rehearsals and 20 when the first record came out.”

“So does ‘Living Loving Maid (She’s Just a Woman)’ work for me now? Well, I can dig it, but I don’t really know the guy who wrote it. I wouldn’t recognize him in the street.”