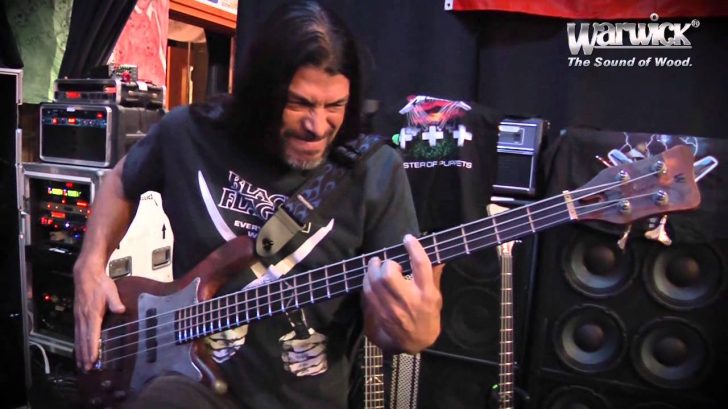 It was in 1991 during a concert with Ozzy Osbourne when he was on his debut tour with Infectious Grooves.

Robert Trujillo may be one of the most electric people playing a bass on stage. That crab walk that we have seen so many times while playing with Metallica comes to mind. But already with Ozzy Osbourne, Suicidal Tendencies and with Infectious Grooves he was very electric and that played a trick on him in 1991.

We go back to the last century to remember this incident. He was in the middle of touring for the debut of Infectious Grooves, Trujillo’s side project of Suicidal Tendencies, where he was accompanying Ozzy Osbourne on tour:

“When Infectious Grooves first opened for Ozzy, it was a theater in Austin,” Trujillo revealed Revolver in a new interview. “We were really excited. … And the first thing we see when we get off the tour bus is … a pentagram on the ground and a dead raven, black roses and candles! … It’s like, ‘Welcome to the tour.’ We’re literally like, ‘What are we getting ourselves into?’”

He himself said that they needed to polish some things but they put on a good show for Ozzy fans:

“We had a beer and we’re like creeping around the backstage as Ozzy’s playing,” he said. “And it’s dark – and I tripped over a pile of cables. I basically fell [into the] connectors for the monitors, the power lines and everything – and I knocked out the power to the monitor system! It was like slow motion: I see myself falling … and I’m knocking out like three of the input jacks, and all of a sudden the power’s out onstage.”

He remembered being “extremely afraid,” but a member of Osbourne’s team had seen what had transpired and taken action to calm things down. In the meanwhile, Trujillo believed he had successfully terminated the tour of Infectious Grooves.

“I was like, ‘Oh, man, we’re going home,’” he said. “I went into the catering and I was trying to just play it off. … And Ozzy’s tour manager came behind me and he was really nice about it, luckily. He put his arm around me and said, ‘Robert, did you knock out the power to the monitor rig?’ And then I said, ‘Yes.’