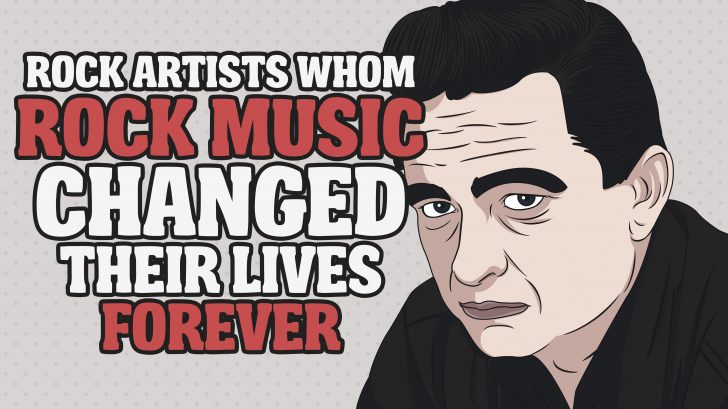 From Nothing To Legends

Just like the song of AC/DC says, “It’s A Long Way To The Top If You Wanna Rock N’ Roll” – and it certainly is! The path to rock stardom is never an easy one. It takes incredible talent, years of hard work, commitment, and determination. Some might use a little bit of “LUCK,” to make it but for some, — there was more to it than they expected. Some of our favorite rock artists had to overcome poverty – starting from nothing to something,- here are some of them whom rock music changed their lives forever.

Being homeless was never something new to Axl Rose. The Guns N’ Roses frontman slept on his friends’ floor before making it big into the scene. Now the rock star’s life is something everyone could ever dream.

Cash parents were so poor that they couldn’t even afford to give him his actual name. “J.R. Cash” was the only name his parents can come up with because they couldn’t agree on a name. He was raised on a farm during the Great Depression, and just like many young people at the time, Cash enlisted in the army to provide more for his family. It was then when moved to Memphis to become a musician and inspired everyone with his upbringing using it as a craft for his incredible lyrics.

Just like Johnny Cash, King was born and raised on a farm. His parents split up, and he was left alone to support himself when his mother tragically died. But despite all the tragedies in his life, he managed to purchase his first guitar (that’s where it starts) when he was 12 years of age. Then move to Tennessee where he would become a blues legend.

Struggling with his music career, Jim Morrison, one of the greatest poets of rock, was homeless before making it huge. Not many knew that he often slept anyplace where he can lay his head on. During his short but great career, the rock star lived in a cheap hotel at La Cienega Boulevard in Los Angeles – that’s something, right?.

Like Cash and King, he was raised by a farmer father during the Great Depression. As a child, he was forced to move when his father forged an $8 check, a reason for his father to be sent to prison. Elvis and his family relocated to Memphis at the time, and he would earn for his family as a truck driver, and it was also a work that funded his rock star stardom.

He had a tough upbringing, being raised from a poor family and used to spend months in a hospital because of a ruptured appendix that nearly took his life. But eventually, his life would turn around when the three boys asked him to join the Beatles to replace Pete Best after he got fired.

Raised by a military man, Hendrix had to steal food as a child just to feed himself because his father couldn’t land any job after serving his country. Hendrix would turn it all around when he eventually get a guitar at the age of 15 and become one of the greatest axe-slinger of all time (and still is up to this day).