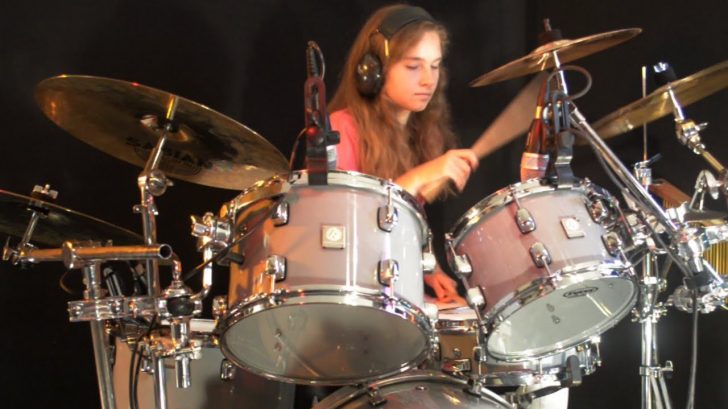 In 2020, the 21 years old then, released three albums of her own and reached more than 1,000,000 subscribers on YouTube. For many young people, this is a dream, for Sina from Germany it has come true.

We kept looking at different drum covers on YouTube. And something caught our attention, a then 16-year-old Sina covered the song by More Than A Feeling (Boston). Every drummer knows that this classic has its pitfalls. Sina not only mastered this hit but also demonstrated her talent in the following years with the help of numerous other rock classics.

In addition to drum covers, there have been more and more own compositions and a large number of collaborations with other very talented musicians. On May 22nd, 2020 she released her 3rd album Chi Might III. Her positive charisma and her talent convinced us that she’s one of a kind.

If you’re curious now, take a look at her channel @sina-drum, or instead, keep going for the video below: