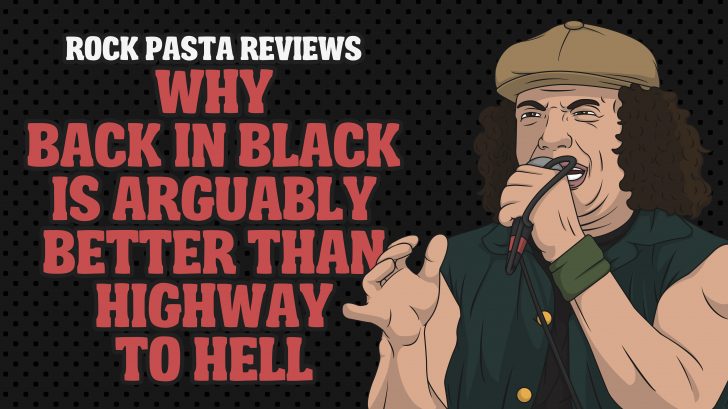 This Is Hard But There Should Only Be One Answer.

A tough one, but definitely Back In Black is without no contest overall better than Highway To Hell.  While I like the Bon Scott era and all, Back In Black is the cornerstone AC/DC album and one of the hardest rock n’ roll albums ever created. This album set AC/DC straight to the path of stardom.

Many songs on Highway to Hell (keep in mind: I’m saying this from my point of view) are somewhat weak, but not that weak. What I’m trying to say is that they are way too formulaic even by the rock legends standards, though with few “exceptions.” While on Back In Black the band sound so fresh, songs on this album are just classic after classic. And it kind of brings Brian Johnson to the top as a more superior vocalist. Don’t get me wrong, Bon Scott is great and had the power and charisma as a frontman – and has one of the greatest rock n’ roll voice ever, but musically speaking, it’s limited.

As great as Highway to Hell is, you just can’t deny it that Back in Black is the superior record ever made by AC/DC. This might sound a stale argument, but how many copies did Back In Black sold worldwide? There’s a reason why it has sold so many. Back in Black is more consistent and has too many classics than Highway To Hell.

I had to go with Back In Black with this one, but if it is put up against “Let There Be Rock” or “Powerage,” this would have become a different whole story. But we’re talking about these two great albums.  As much as I like Bon Scott, I’ll take Back In Black anytime of the day as one of AC/DC’s best album.

What do you think? Tell us what you think and comment it down below.