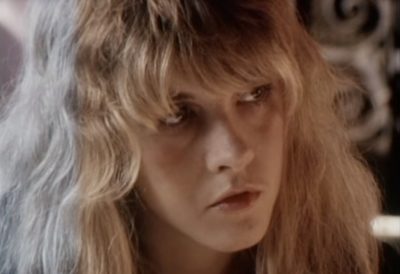 Many times, the world of rock and the world of myths and legends go hand in hand. Below are the Rock & Roll Myth Stories That Turned Out To Be Lies:

Keith Was A Vampire

The critic Nick Kent defined the image of Keith Richards in the 1970s: “He was the great Lord Byron; he was insane, he was depraved and it was dangerous to meet him ”.The truth is that the recurrence of the joke did not turn out well for Richards, who became a kind of modern blood-swapping vampire, something with which he is not at all happy.

Many times, the world of rock and the world of drugs go hand in hand. Tell Stevie Nicks. The Fleetwood Mac singer not only had to be admitted to a detoxification clinic to treat her addiction to cocaine, but her addiction was so exaggerated that it is said that she came to introduce it from the most unexpected place – her bum. But well, that was just a legend.

Pink Floyd’s Dark Side Of The Rainbow

The optimistic tone of the film contrasts Wizard of Oz with the pessimism of the album, which means that they still have less things in common. But what happens if we watch the feature film and at the same time listen to the album? Magic! Suddenly, the images and music are synchronized and it seems that the Pink Floyd songs are made to accompany Dorothy on her adventure to return home, since it is better at home than anywhere. This phenomenon is known as “The dark side of the rainbow”, a name that arises from the combination of “The dark side of the Moon” with the title of the famous song from the film, ‘Somewhere over the rainbow’.

At that time, like other musicians with theatrical airs such as Alice Cooper, Ozzy Osbourne would begin to put together a careful staging in his concerts, which sometimes included a gloomy one decorated with artificial cobwebs and rubber bats. On January 20, 1982, as part of a promotional tour for the album “Diary of a Mad Man”, he gave a concert in the city of Des Moines, capital of the state of Iowa, at the Veteran Memorial Auditorium. At one point during the show, 17-year-old Mark Neal, a young man who was among the first rows of the audience, threw a dead bat onto the stage, which had entered the enclosure hidden in his jacket. The repellent winged mammal, according to the young man later, had been captured by his younger brother at school.