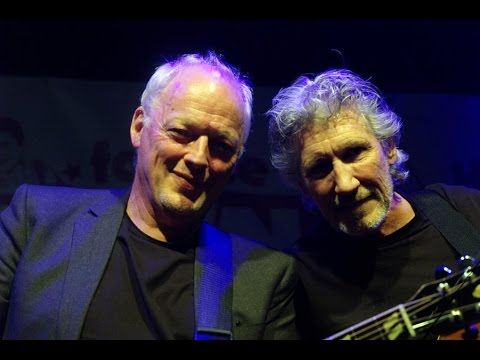 Pink Floyd’s Roger Waters recently told The Globe and Mail that he feel at ease playing the band’s music minus David Gilmour.

Pink Floyd’s extraordinary creative connection between Roger Waters and David Gilmour was among the key elements that propelled the band to enormous success and popularity from the beginning. The group’s viewpoint on songwriting was enriched by their disparate musical perspectives. Waters’ outstanding songwriting prowess propelled her to the forefront, while Gilmour stood in for the band’s musical side.

However, their personal and artistic differences were so obvious that they didn’t give them a choice but to part ways. Roger Waters eventually departed Pink Floyd, but their enmity endures to this day. Following his departure from the band, the bassist went on to pursue a solo career. In his solo gigs, he continues to perform Pink Floyd tunes.

In a recent interview, Waters said that he has been subjected to intense pressure to play specific Pink Floyd songs from “The Dark Side of the Moon” live. Nevertheless, he still likes performing those songs and has done so ever since he created them. The bassist claimed that he would not hesitate to perform some of Pink Floyd’s most well-known songs alongside his current touring group. Therefore, it makes little difference if he performs those songs without David Gilmour.

“You were there, so you know I played a lot of ‘The Dark Side of the Moon,’ to some extent against my better judgment. I am under pressure from all those people to deliver some of that to them. And I enjoy it because I wrote the songs, and I still like them and stand by what I said in ‘Us and Them’ and ‘Money’ and ‘Eclipse.’ I have no problem performing those songs and ‘Comfortably Numb’ and ‘Wish You Were Here’ with this band.”

This Is Not a Drill, the musician’s much expected North American tour, is presently in progress. On July 6, the arena performance began in Pittsburg, Pennsylvania. His tour will continue in the months that follow and come to a finish on October 15 in Mexico City.