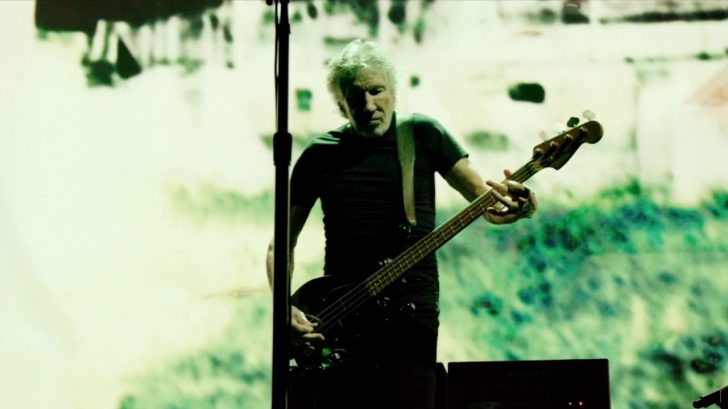 Little has been said about one of the most important guitarists of recent times, the British Dave Kilminster. Born in 1962, he is a guitarist, vocalist, composer, and a great teacher.

An inseparable friend of Guthrie Govan, Kilminster also won the Guitarist magazine award for “Guitarist of the Year” in 1991. He became known when he began touring with keyboardist Keith Emerson and, especially, for having shared a tour with Roger Waters from Pink Floyd. On that tour, called “The Dark Side of the Moon” and which lasted from 2006 to 2008, Dave Kilminster had to supply nothing more and nothing less than the incomparable David Gilmour. The success was resounding.

However there before he managed to join Waters, he experienced a stressful moment during his audition.

When he was asked by Guitar World how his audition was, Kilminster admitted that it was a nightmare:

“It was terrible, absolutely terrible. [laughs] I felt like I was prepared. But not being a fan, I was not really aware of what exactly I was supposed to do. For example, Roger said, “Let’s do ‘Money’. ” I said, “Great, which guitar part do you want me to do?” I’ve got them all worked out. There’s three rhythm guitar parts on the record, I know all the solos and I’m thinking it’s going to be great. Until Roger said, “Are you alright on the lyrics?” And I’m thinking, “Shit! I’m supposed to sing this as well?” It’s not difficult, but it’s slightly syncopated along with the rhythm. And I’m singing over that, reading the lyrics, thinking that I’m not entirely sure because I’d never even thought about doing this before. I was completely green.“

Dave Kilminster has a curious history as a guitarist, because being left-handed he began to play his instrument with his left until an accident, which did not prevent him from succeeding in the world of rock, forced him to learn to use his right hand, with which he plays currently.