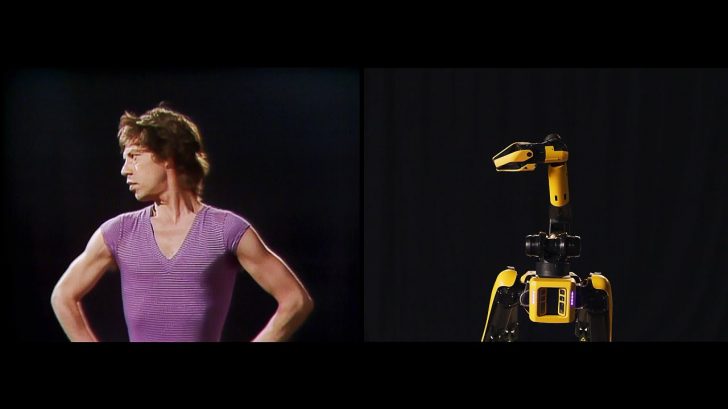 This mini-video of the Boston Dynamics Spot robots is brief but intense, imitating Mick Jagger and the rest of the Rolling Stones robotically in the iconic music video for Start Me Up (1981), which is now 40 years old.

To commemorate 40 years of the Rolling Stones’ iconic album Tattoo You, Boston Dynamics recreated the choreography for the song Start Me Up, using robots.

On social media platforms, the company shared the recording in which you can see Spot, the robot dog developed by the company, imitating the movements of vocalist Mick Jagger, while in the background other clones follow the movements of Keith Richards, Ronnie Wood, and Charlie Watts.

On their Instagram account, the British group posted the video and thanked the company for making this possible.

Start Me Up has an intriguing history, like almost all great rock songs. Apart from that it also has its intriguing geek side, because legend has it that it is Bill Gates’ favorite song. The point is, when Windows 95 was unveiled in public, with its flashy START button, it occurred to someone that it would be a good idea to use the song to open the show and in the subsequent marketing campaign. The Rollings received $ 3 million in exchange for usage rights. It was the first time that a song of his was allowed to be used in an advertising campaign.

According to Boston Dynamics, the clip was made in collaboration with Mercury Studios and Polydor Records. While the choreography was in charge of Boston Dynamics and Monica Thomas.

Keep gong for the video below: