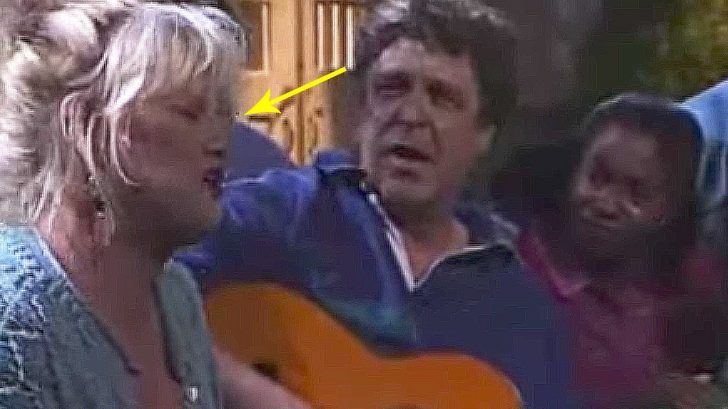 One Of Primetime TV’s Coolest Moments

With hit 90s sitcom Roseanne slated to make its return to the small screen with all its original characters reprising their roles, there’s one more person we’d love to see spend a little time with the Conner family: vocal powerhouse Bonnie Bramlett.

Cast as Roseanne’s co-worker Bonnie Watkins, Bramlett got the chance during the show’s third season to show off those legendary pipes when the Conner family gathered their friends and neighbors for a good old fashioned backyard barbecue. Conner family patriarch Dan (played by John Goodman) breaks out an acoustic guitar and a singalong ensues, the group running through favorite songs from their youth before Bonnie walks out of the house just as they launched into Smokey Robinson’s “You Really Got A Hold On Me”.

From there, the next minute and 26 seconds make for one of primetime television’s most loved musical moments as Bonnie takes over the 1962 classic, opening the throttle with an off the cuff vocal performance that left her castmates – as well as the characters they’re portraying – at a total loss for words, jaws on the ground at the sheer force of Bonnie’s voice.

Fun Fact: Bonnie started her musical career at the age of thirteen as a backup singer for blues singers such as Albert King and Little Milton and R&B singer Fontella Bass.

The surprise you see on everyone’s faces was real; Roseanne Barr grew up listening to Bonnie Bramlett and though the two have remained friends for decades, it’s clear that like many of us, she’s never quite gotten over Bonnie’s voice – it’s one thing to hear it on tapes and vinyl, but it’s another thing when that voice is bearing down on you and a handful of other people.

Our favorite moment from one of the most successful sitcoms of the 90s, we’re sure that this is a moment you’ll fall in love with as well. Enjoy!