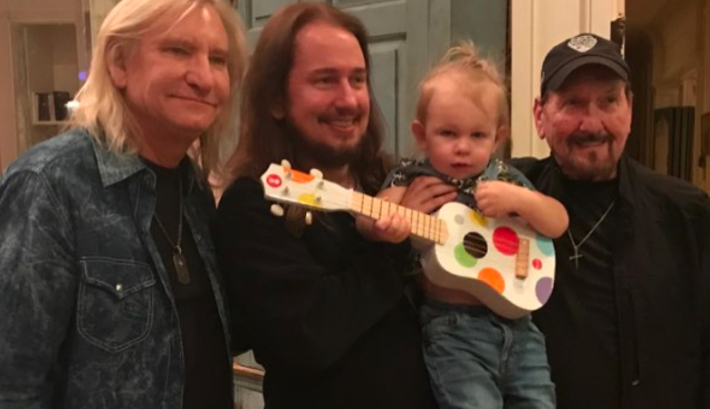 The song was originally penned (pun-intended) by Allen Richard “Dick” Penner. The Chicago born English professor had composed the song in college with Wade Lee Moore at the University of North Texas. “Ooby Dooby” was written in 1955. The two students wrote the song in minutes while drinking a 6 pack on the Lambda Chi Fraternity rooftop.  Penner and Moore started recording for Sun Records under “Wade & Dick- The College Kids,” in 1956.

The duo recorded a slew of music but never reached the success that Roy Orbison would. The rockabilly musician was also attending North Texas when he heard the song. Along with his band the Wink Westerners, Orbison recorded a demo of “Ooby Dooby.”

The most successful recording of “Ooby Dooby” took place at Sam Phillips’ Sun Studio in Memphis, Tennessee in 1956. The song reached #59 on the Billboard and sold 250,000 copies- credited to Roy Orbison and The Teen Kings.

This wound up being Orbison’s break through hit and well… the rest is history. “Ooby Dooby” has been covered by many aritsts including Creedence Clearwater Revival and Janis Martin… now Roy Orbison III.

Here is a little sneak peak into Roy #3’s life….

Yeah, his godfather is Joe Walsh and James Burton is considered a close family friend.

Roy the third, has been practicing “Ooby Dooby” just about his entire life-judging by his YouTube channel.  First he started practicing on the keyboard and his since moved on to a mini baby sized guitar. You can also keep an update on Roy III on his own website which offers an almost unreal insight on his 2 years of life in the realms of rock royalty.

But this has got to be the best “Ooby Dooby” performance out there. Baby Roy’s father, Roy Orbison Jr. eggs him on, “Can you play it for me? I don’t know that one.” To which the 2 year old responds…