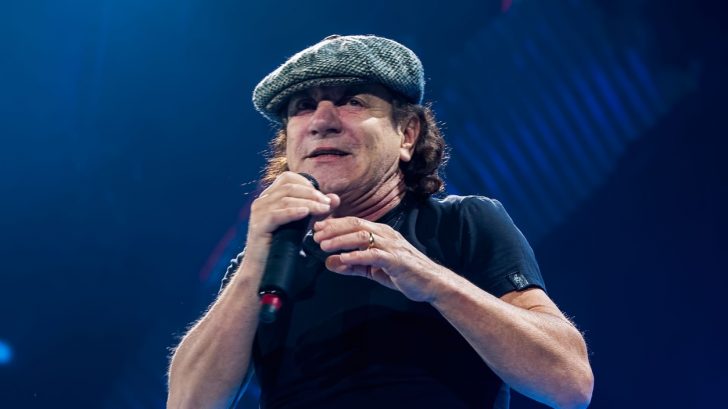 Here’s What We Know…

Hearing the news that Brian Johnson had to step down from being the frontman of AC/DC due to hearing problems was easily one of the most heartbreaking moments of 2016, hell even in all of rock & roll. Aside from Bon Scott of course, there just isn’t anyone else in our books that could fill Brian’s shoes as lead singer, but nevertheless, Guns N’ Roses’ Axl Rose was enlisted to take his spot.

AC/DC continued to tour the world, much to mixed reactions, but to great financial success nonetheless.

However, we recently heard rumors that Brian Johnson would be making his return to AC/DC as per a leaked photo of he and drummer Phil Rudd outside what appeared to be a studio/rehearsal space that instantly went viral.

Brian even went as far as to say that he’s “sick of denying it“, and that little statement went viral as well, but unfortunately, it looks like we may have gotten our hopes up all for nothing.

Alan Niven, former manager of Guns N’ Roses, recently did an interview on Appetite for Distortion where he stated that while Brian Johnson may very well be recording with AC/DC, he’s in no shape to tour with them. Here is what he had to say…

“I’m not sure that Brian, that his condition is going to let him tour. That is the rumor I’ve heard. They can record together, but he may not tour with them. So Axl/DC may well be an entity into next year, who knows?”

Though none of this is confirmed either way, it still does seem like a distinct possibility that ‘Axl/DC’ may be what we see on the road, even if we get a brand new album with Brian Johnson. Nevertheless, our fingers are crossed for a full-fledged return from Johnson!