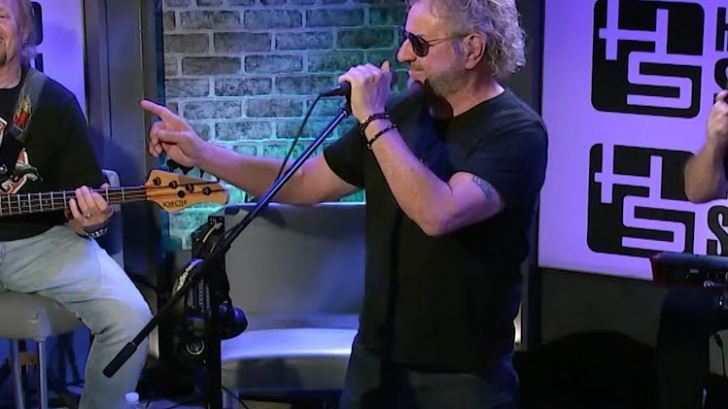 Following the passing of legendary guitarist Eddie Van Halen, it was confirmed that the musician planned to bring back his iconic band’s original lineup on an international tour, featuring bassist Michael Anthony alongside vocalists Sammy for the first time in years and David Lee Roth.

Recently, Hagar shared his opinion regarding Van Halen wanted to reject the presence of the Van Hagar era after the band’s reunion with Roth during an interview with UCR (Ultimate Classic Rock).

During the interview, Hagar asserted that Van Halen attempted to bury his era by settling not to perform or remaster his songs with the band.

Nevertheless, Sammy Hagar declared that he won’t let that transpire because these records are highly desirable. So he decided to launch ‘The Other Half’ with Michael Anthony – a project that would protect his legacy with the band and said he will continue to perform his Van Halen records during live shows.

A post shared by Van Hagar / Other Half (@vanhagarotherhalf)

Hagar said in his interview with UCR that:

“That thing was so overdue. It seems likes since Van Halen did David Lee Roth reunion that they tried to really bury ‘Van Hagar’ era. They wouldn’t remaster it, they wouldn’t allow it in movies. You know, it’s licensed for video games or commercials.

They pushed everything from the Roth era because they were doing that reunion. Understood… I’m not the kind of guy that goes out and plays all Van Hagar and really pushes and makes a big deal. That’s what we do, but in The Circle, we play about seven songs now added two recently.

Because it just seems like it’s going to waste. It’s such a great material, all number one albums, 50 million records. You can’t just say ‘I don’t care how proud I’m of my own stuff.’ I can’t ignore it. That’s the biggest peak of my career. So, but I don’t exploit it too much.”