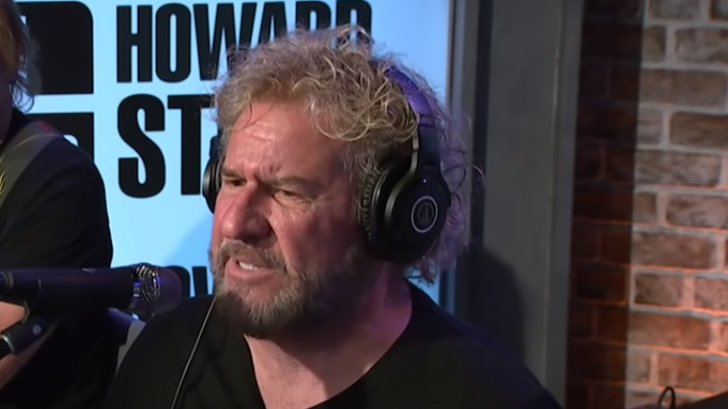 Sammy Hagar acknowledged that “dysfunction” meant that a previously arranged memorial concert for the late guitarist might never take place and stated that Eddie Van Halen’s son Wolfgang essentially handled the band’s legacy on his own.

After ex-Metallica bass player Jason Newsted said he and Joe Satriani had been asked to participate, rumors started to spread, but later statements from people who could have been part indicated the proposal was dead in the water. In a recent interview, Wolfgang claimed that “everyone” in the Van Halen group was “very dysfunctional,” implying that a tribute would never happen.

Hagar said that Irving Azoff, the band’s manager, had contacted him about whether he’d like to take part in a concert with bassist Michael Anthony, drummer Alex Van Halen, and an undisclosed celebrity guitarist in a new conversation with Eddie Trunk on SiriusXM’s Trunk Nation show.

“I said, ‘I’ll do anything with Al and Mike and play music with people, but it’s not gonna be Van Halen,” the singer revealed. “There is no Van Halen… Wolfie is Van Halen, okay? And he doesn’t wanna be the Van Halen copy band. I don’t blame him; he’s doing a great job on his own stuff, and it’s very cool when he jams a little bit here and there. He’s Van Halen, and if he wanted to play guitar with Al and Mikey and myself, I would love to do that.”

As for the issues that may arise from a possible reunion, Hagar stated:

Additionally, he acknowledged that he was not on good terms with David Lee Roth, the original vocalist.

“He’d wanna do [the tribute show] without me,” Hagar argued. “I’m sure that’s part of the dysfunction that Wolfie’s talking about. … What do you wanna bet that [Roth] goes, ‘I will only do it if Hagar’s not there.’ And if that were the case, that’s typical Roth, and that’s part of the dysfunction. It’s not like he controls it – it’s just he doesn’t play well with others.”

“If Alex came to me and wanted to do it, I’m in,” Hagar reaffirmed. “But Alex has got a stick up his ass about something with me still, and he’s gonna take it to his grave, I guess. I don’t think I made peace with Al. And I don’t think I’m going to unless he reaches back out to me. I’ve done it about five times now.”

Hagar stated that he was unaware of what he had done to offend the drummer.

“Alex and I actually got along better than Ed and I at times. Through the hard times, Alex and I still got along. But I don’t know what happened. Somebody poisoned him. Somebody told him something. Maybe he still doesn’t like my book, which was the most honest thing I’ve ever done in my life. Some people just don’t think that that should have been done.”