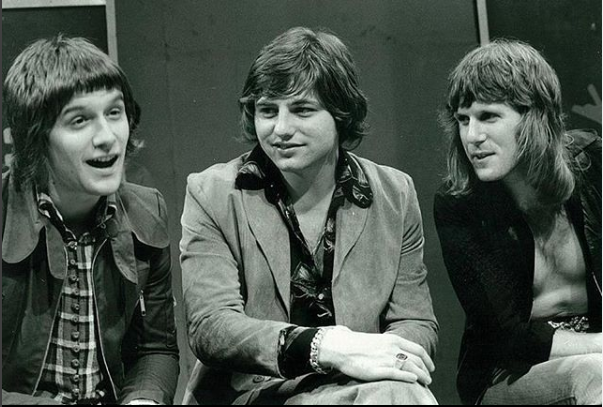 ELP’s (Emerson, Lake, and Palmer) classic hit, “Karn Evil 9” will be the inspiration for an upcoming sci-film.

Deadline reports that Radar Pictures has got the rights to ELP’s 1973 album Brain Salad Surgery with Robopocalypse author Daniel H. Wilson to help adapt “Karn Evil 9” into a screenplay.

Carl Palmer, the only surviving member of ELP, confirmed the “sci-fi movie franchise” on his Twitter account — based on the band’s 30-minute, three-suite “Karn Evil 9” is in development.

According to Radar Pictures, the “Karn Evil 9” film will take place in “a society that has drained all its blood with a dependence on technology.” The movie also “will explore the world controlled by a pervasive and dictatorial technocracy.”

“The annual ‘Karn Evil’ — a macabre rite of passage — is a young person’s once-in-a-lifetime chance to experience unbridled freedom, before subjugating themselves to the ruling class,” Deadline said of the film’s plot. “When people stop returning from their Karn Evil experience, fear drives a revolution to topple the status quo and the artificial intelligence discovered at its heart.”

Producer Ted Field added in a statement, “The visionary world that ELP created with their recording ‘Karn Evil 9’ is much closer to reality today. Our team at Radar looks forward to bringing this vision of where things may be headed to the big screen and beyond.”