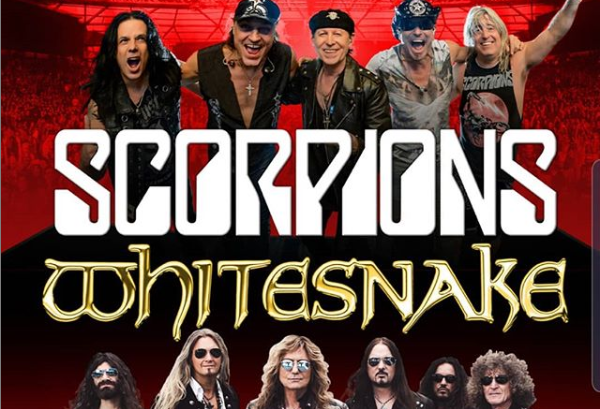 The two biggest hard rock acts in the annals of rock n’ roll will be heading to Australia in 2020 to start their double-headline tour.

Whitesnake and the Scorpions are two of the biggest acts from the 80s’ and now the two will join forces for one of the biggest upcoming tours in 2020 that will start in February.

Whitesnake will be going back in the country once again since 2008 in support of their 13th album, 2019 Flesh & Blood.

“We are beyond thrilled to be returning to Australia after so many years to play our music for you,” explained David Coverdale. “What is extra special is we’re returning with our very rocking friend the Scorpions!!

“SCORPIONS & SNAKES…it doesn’t get any better…or LOUDER! We promise you these will be nights to remember!”

For Scorpions, this will also return once again since 2017, following their Aussie debut just one year earlier.

“As promised…time to come back to Australia!” explained frontman Klaus Meine. “We’re all very much excited to see our fans Down Under in February 2020.

“Get ready for the bite of Whitesnake and the sting of the Scorpions. We’re gonna rock you like a hurricane!!!!”

The 2020 double-headline tour will kick off in Melbourne on February 19th.

Tickets will be available this coming November 1st.