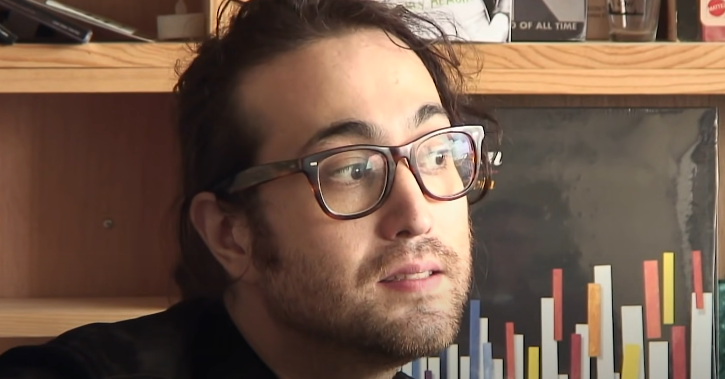 Sean Lennon, John Lennon’s son, says Tame Impala vocalist Kevin Parker sings like his dad. He is not alone in this. When he was a member of The Beatles, he wrote several of the most renowned psychedelic songs of the 1960s. Parker revived psychedelic sound almost 50 years later, but with a modern twist. Their raspy vocals are also oddly similar.

Parker is baffled by the John Lennon analogies, but he’ll embrace them if they originate from John’s kid.

Kevin Parker is compared to John Lennon by some.

When Parker performs, it’s difficult not to recognize John’s voice. The Washington Post noticed it when evaluating a Tame Impala concert in 2013.

“Led by Parker — who is the group’s frontman, guitarist, producer and principal songwriter — Tame Impala plays gauzy psychedelic pop that’s heavily indebted to the black-lit sounds of the ’60s and ’70s,” they wrote. “It’s the vocals, mostly, that spur the Fab Four comparisons.

“Whether Parker’s hitting a high note, wheezing, growling or harmonizing with himself, he is a dead ringer for John Lennon.”

Tame Impala’s songs sound like something John might have created if he were a musician in the twenty-first century. Parker blends rock n roll with techno to create a modernly trippy sound. As the Washington Post puts it, “Parker strives to splice vintage tones and modern technology.”

So it wasn’t difficult for John’s son Sean to recognize his dad in Parker’s songs.

Sean Lennon, John Lennon’s son, believes Kevin Parker sounds like his dad. Parker was perplexed by the John Lennon similarities. Despite the fact that it seemed better coming from John’s son Sean. Parker revealed to the Sydney Morning Herald in 2014 that Sean confronted him and stated he sounded like his dad.

“I was speaking to Sean Lennon and he told me I sound like his dad,” Parker said. “So I guess if anyone’s going to tell me I sound like John Lennon I guess he’s the one with some sort of authority on it.

“We played some shows with him (Sean Lennon) in America… He’s a trippy kind of dude.” Parker is no exception.