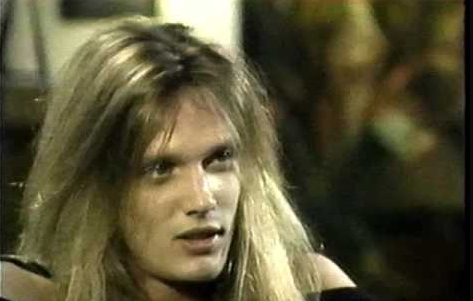 In a recent interview with RadioactiveMike Z, former Skid Row singer Sebastian Bach discussed his first approach to Metallica. We leave you an excerpt from the interview below:

“I bought [METALLICA’s debut album] ‘Kill ‘Em All’ when it was an import when it first came out [in 1983], when it was first released. I lived in a little town in Canada called Peterborough and there was a heavy metal section [at a local record store] with imports. And I was flipping through the albums, and this was in total glam days of MÖTLEY CRÜE and WRATCHCHILD and all these glam bands,” as transcribed by BLABBERMOUTH.NET. “I was flipping through, and I saw METALLICA ‘Kill ‘Em All’, and it didn’t have a picture on the front. So I picked it up, turned it around and I looked at the picture on the back of ‘Kill ‘Em All’ and I go, ‘Holy fuck. These are the ugliest [bunch of guys] I’ve ever seen in my life.’ [Laughs] ‘Look at these guys.’ I go, ‘How can this be their picture of their band?’ [Laughs] And I bought it right there because I thought they looked so terrible. I go, ‘This is the craziest shit I’ve ever seen.’

“So I bought that right when it came out, dude, and I was a real fan,” he continued. “I saw them at the concert hall Masonic Temple in Toronto on that tour, and then I bought ‘Ride The Lightning’ when it first came out — right away; the first day — so I’ve been a METALLICA fan since before they were big. When I bought that METALLICA album, ANVIL was 20 times bigger than METALLICA. So, fathom that. [Laughs]”

Kill ‘Em All is the first studio album by the American thrash metal band Metallica, released on July 25, 1983, through Megaforce Records in North America and Vertigo Records in Europe.

The group began playing in clubs in Los Angeles and decided to record several demos to attract the attention of their owners; they moved to San Francisco to secure the services of bassist Cliff Burton. The demo tape, No Life ‘til Leather (1982), was noticed by Megaforce label director Jon Zazula, who signed them and provided a budget of $ 15,000 for the recording. The album was recorded in May 1983 with producer Paul Curcio at Music America Studios in Rochester, New York.

It was originally intended to be titled “Metal Up Your Ass,” with a cover showing a hand grasping a dagger emerging from a toilet bowl. The band was asked to change the name, as distributors thought that releasing an album with such an offensive title and artwork would lower its chances of commercial success.