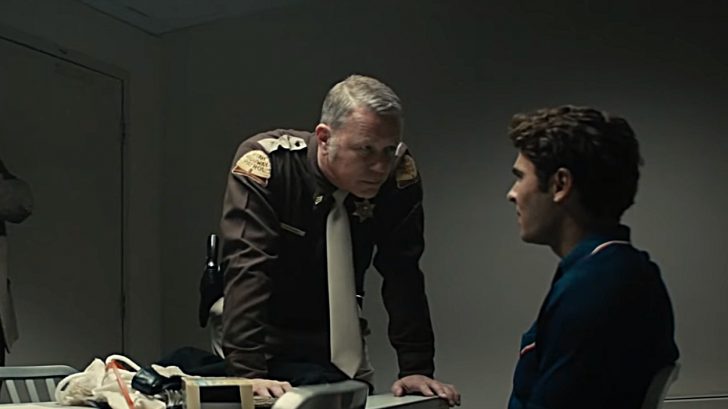 The trailer for the highly anticipated Ted Bundy biopic titled ‘Extremely Wicked, Shockingly Evil and Vile’ just dropped and it was fun, wacky, whimsical, creepy, and terrifying all in one. Packed to the brim with familiar faces and scenes of stellar acting, this film is going to be an epically wild ride from start to finish.

And speaking of familiar faces, right off the bat we notice a completely different Zac Efron doing a damn fine job of donning the characteristics of Ted Bundy. We also see familiar faces such as Lily Collins, Jim Parsons and John Malkovich among many others. But there is one person that stood out probably the most, and that’s Metallica frontman James Hetfield.

Whomever did the casting for this film made the right choice by enlisting James to play the role of Officer Bob Hayward. In this trailer, James doesn’t have any dialogue, but instead we’re simply taken by his intimidating presence.

He’s the only one who’s confident enough to stare Ted directly in the eye. Judging from this trailer alone, James is going to do great in this film.

This film doesn’t have a set release date yet, but it has already premiered at the Sundance Film Festival and is receiving tremendous critical reception.

Check out the stunning trailer below and let us know what you think!