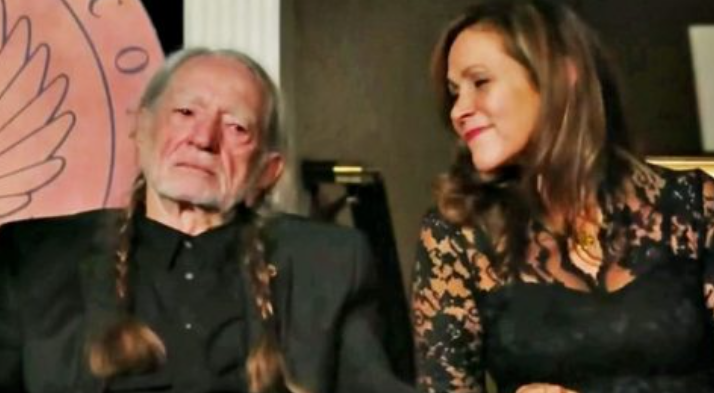 This country icon was driven to tears as he saw two of his close friends completely wow the crowd with one of his biggest hit songs in a magnificent moment he will never forget.

Willie Nelson and Ray Charles blasted the charts with their immortal trademark duet, “Seven Spanish Angels,” originally released in November 1984, and the world of music hasn’t been the same since. This unquestionable classic surged to No. 1 and stayed a total of 12 weeks on the chart, solidifying it as Charles’ biggest country triumph and an essential mainstay in Nelson’s repertoire.

The one and only Nelson will never forget the occasion of the Gershwin Prize Awards Ceremony because some of the most recognizable figures in country music were there to pay tribute to the man whose beloved music has touched the lives of millions.

Nelson was given an award that acknowledges a level of musical quality that is seldom attained on November 18, 2015, presented by the Library of Congress, and it will always be remembered as a remarkable day in the history of country music.

Two of Nelson’s close friends, Alison Krauss and Jamey Johnson, take the stage to play one of his most beloved songs, a timeless country classic, and open up about their personal struggles in an iconic version of the song.

Nelson was overcome with emotion throughout this performance and could be seen obviously impacted as he looked lovingly at his wife, Annie D’Angelo. You can clearly tell now just how much to them this tribute meant.

Watch Krauss and Johnson’s heartfelt tribute to one of the great giants of the music in the video below below.