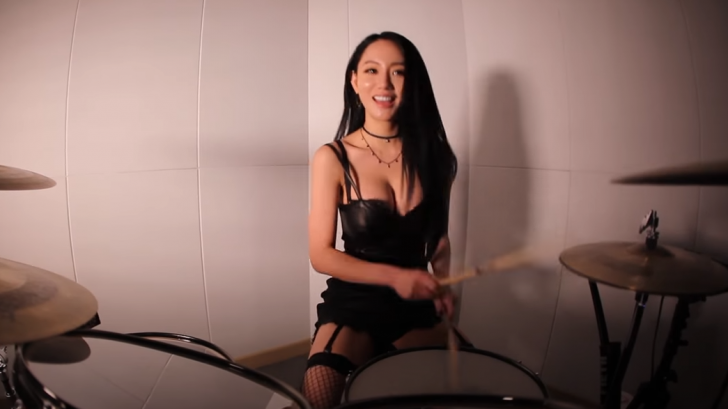 The Korean drummer who goes by the name A-Yeon has conquer the world by storm with her heavy metal drum covers.

After being seen as a street musician, A-Yeon’s swift rise to stardom has seen her amass over 35 million YouTube hits and lately release an acclaimed debut solo record – Midsummer Night.

The vigorous and charismatic drummer now has her visions placed on highlighting more of her diverse talents to viewers throughout the planet.

Korean A-Yeon received almost half a million views in just over a month thanks to her drum cover of the song “Welcome To The Jungle” by Guns N ‘Roses.

A-Yeon is from South Korea and is a drummer. On her Facebook, she admits that the only genre she performs is rock.

The drummer published a cover of Guns N ‘Roses “Welcome To The Jungle” on her YouTube channel. It has been viewed almost 480,000 times. The band itself also got interested in it.

This is not her first cover. On her channel we can find, among others, her version of Metallica’s “Sad But True” and “Enter Sandman”, Royal Blood’s “Figure It Out” and “Hysteria” Muse.