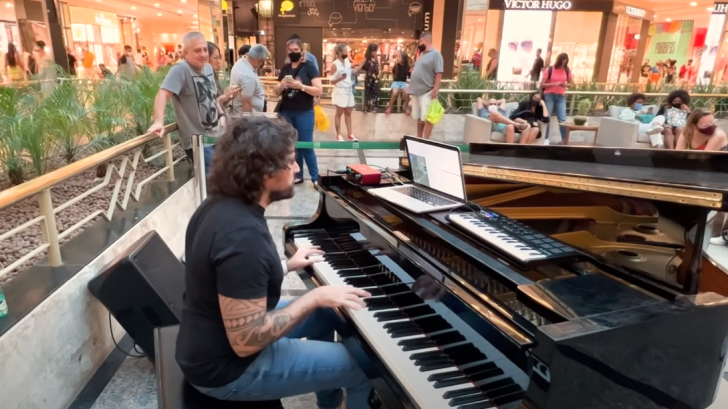 In the video below, a piano man named Glaucio Cristelo started playing and making erratic, wonderful noises inside the mall for eight minutes of the power ballad “November Rain.”

When you think of “November Rain,” images of a little white chapel, a lavish video, and a weeping guitar solo on the cliff’s edge come to mind. You imagine passionate voices, one of the longest songs to ever reach the charts – and Guns N’ Roses’ most ambitious moment. In a nutshell, you believe it is the best rock ballad ever written.

A 10-minute piano demo of “November Rain” was captured at Barrashopping (Rio de Janeiro/Brazil) on February 19th, 2022. rom the stately piano entrance to the gear-shifting outro, the demo is instantly recognized as the “November Rain” that the world would come to know – simply without the strings or Slash’s coruscating guitar solo.