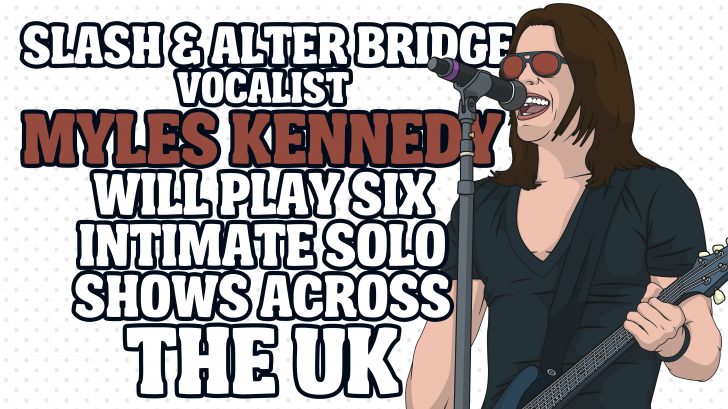 Myles Kennedy, lead singer of Slash and Alter Bridge, has announced he a tour of six intimate solo shows this upcoming March across the UK to promote his upcoming album. The singer’s much-anticipated new debut solo album Year Of The Tiger is set to be released on March 9 via Napalm Records. The record was produced by Alter Bridge’s own producer of many years, Michael “Elvis” Baskette.

Kennedy opened up recently about the background of the title for his debut album, saying,

“It’s probably the closest thing to a full-on concept record that I’ve ever written…It basically tells a story from start to finish and it documents when my father passed away when I was a kid and what happened after that with my mom, my brother and I.”

Although “Year of the Tiger” has been slated as Kennedy’s debut solo album, it was not in fact the first one he has recorded. In 2009, Kennedy completed recording material for a full length album and was mixed years after in 2016, but he decided to “not move forward with the project.”

Check out the newest video for the album’s title track below as well as the UK tour dates:

Tickets will go on general sale from 9am on Friday (January 19) at LiveNation.co.uk