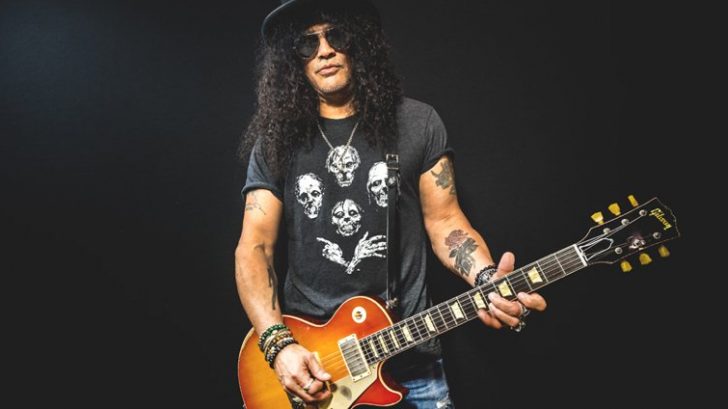 Slash was able to secure a restraining order against a man who keeps showing at his house and acting aggressively for not being able to get an entry.

According to TMZ reports, Slash claims that the unnamed individual was trying to make his way inside Slash’s house during a Super Bowl party by persuading Slash’s close friends including his girlfriend that he was a friend, and Slash got scared and gone to court for a restraining order.

Slash added that when the man was turned down to gain entry to his house by his girlfriend, he rang the doorbell simultaneously and was in a rage busting the security camera.

Two weeks after the incident, the guy just showed up at an invitation-only party, claiming to be Slash’s friend.  When he was set against he sat on his parked motorcycle and revved up his engine angrily.

It’s unclear what the guy’s motive for wanting to get at Slash insanely, and it was enough to terrify him to get a restraining order from the court.