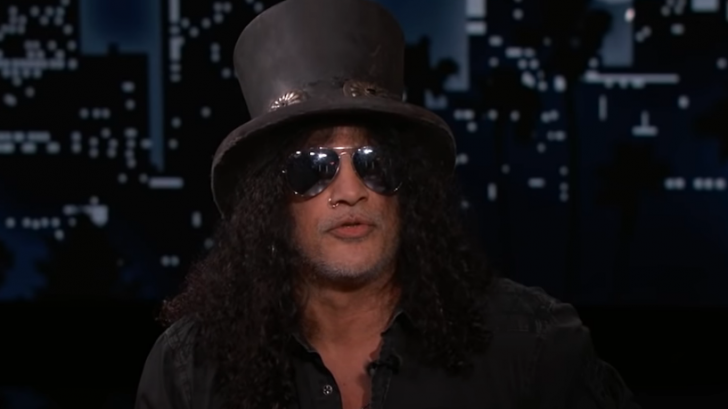 Guitarist Slash uploaded to streaming platforms along with singer Myles Kennedy and his band The Conspirators the song “Call Off The Dogs”, the second cut of his album “4”, which will be released on February 11 through Gibson Records in association with BMG.

Slash’s decade-long band includes Myles Kennedy on vocals, Brent Fitz on drums, Todd Kerns on bass, and Frank Sidoris on guitar. The band’s previous albums (“Apocalyptic Love” from 2012, “World On Fire” from 2014, and “Living The Dream” from 2018) debuted in the Top 5 on the Billboard charts in the United States and reached the Top 10 in top twelve charts from around the world.

With the new album, the band will begin a tour of the United States on February 8 with dates in Portland, Oregon, Los Angeles, New York, Boston, Philadelphia, Chicago, Denver, Nashville, Dallas, Austin, Houston among 28 cities, which will end on March 26 in Orlando.

In the video below, Slash appeared on Jimmy Kimmel Live to talk about his new album, “4” and the details about sneaking into Hollywood Clubs as a teenager with a fake ID at 15 years old and some touring details with Guns N’ Roses that will begin sometime in May 2022.